Not all magazines are created equal. Likewise, neither is any gun expected to take all magazines. But Glock pistols and Glock magazines are about as universal in design as they come. Even so, straying too far away from the original design intent can cause issues. Design and material deviations can make aftermarket magazines more problematic than what comes from the factory in the box.

For Glock pistols, there are plenty of aftermarket magazines out there—some are good, some are not. And that expands even more when you consider the litany of other handguns and long guns now available that accept Glock magazines. Jeremy puts a new twist on aftermarket and factory magazine comparisons by pairing them with a standard semi-automatic Glock 17 that has been converted to full-auto.

Going full auto can present a number of problems for some magazines. The slide cycles so rapidly that the spring tension in some magazines might not be strong enough to ensure the next round feeds and chambers. Basically, in full-auto, the gun can outrun the magazine, and aftermarket magazine problems can be amplified. To test out these magazine, Jeremy mag dumps factory and aftermarket magazines, looking for failures.

First, he ran a stock Glock 17 magazine. He ran out of ammo in a hurry but had no issues. Next, he fielded a Sentry Tactical Hexmag and a Magpul PMag. Both are reputable aftermarket seventeen-round options. Both functioned perfectly.

Jeremy first ran a KCI 33-round magazine. This readily-available Korean-made option induced one malfunction in the Glock 17—a single failure to go into battery.  It soon became a recurring trend that upping the capacity also upped the potential for problems.

ProMag magazines, particularly the extended styles, tend to make me swear when using them. In this test, Jeremy ran their 32-round Glock magazine with one failure to go into battery. Afterward, an SGM 33-round and ETS 31-round magazine were tested as the test pistol became hot to the touch.

Going further up the food chain to drum magazine presents a few pros and cons. On the plus side, you can get even more rounds on board and the added additional weight makes the Glock 17 easier to control under recoil. On the other hand, you have more weight to carry around and more rounds that won’t feed if you get a bad magazine.

Jeremy grabbed a second, cold Glock 17 and shot through 150 rounds from a ProMag, KCI, and MagPul PMag 50-round drum. The ProMag had noticeable excessive play in the magazine well when seated, but it cycled perfectly until it failed to pick up the last round in the magazine. The magazine spring in that particular drum must have compressed enough to prevent that round from being picked up by the slide. The KCI had a single failure to go into battery. The PMag had no issues.

The Bottom Line on Glock Mags

Troubleshooting factory and aftermarket magazines for the normal semi-automatics we use is tough. Doing the same for a select-fire or fully automatic firearm can elevate that task. In the case of Glock magazines in a Glock 17 converted to full-auto fire, a few observations are apparent. The closer you stick to factory designs or capacities, the higher reliability you’ll have.

Jeremy had no issues with conventional seventeen-round magazines as well as factory Glock extended 33-round magazines. The other extended and drum magazines simply did not have the spring tension optimized to readily feed rounds at such a rate of fire. In the case of the ProMag drum, the magazine spring did not have enough tension left to allow the slide to feed the last round. Magpul’s drum ran flawlessly—small wonder that Magpul’s products are fast becoming an OEM for some factory-new firearms out there. Jeremy’s test is a one-off but it provides for a fun and useful demonstration of the pitfalls of factory and aftermarket magazines and how the line between the two can blur at times. 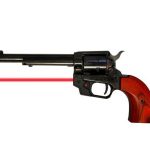 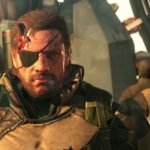