If you need to bring down a sizeable animal, chances are that a 12-gauge 1-ounce rifled slug is adequate medicine. If penetration is needed and you have a shotgun, the slug is the obvious answer. On the face of it, that appears to be true when you go down the food chain to the little 410 bore. Growing up I did not know many who used 410 shotguns for much of anything outside of squirrel hunting, but I have since learned of some folks finding success using 410 slugs on small deer. That use brings up the utility of the 410 slug for personal defense.

Nominally, a 1/4 or 1/5 ounce 410 rifled slug can be cranked out at about 1700 feet per second and the 410’s lack of recoil should mean you can put that slug downrange without a flinch. The kicker is that even a 1/4 ounce slug is light, only about 110 grains in weight. These loads also usually incorporate a hollow point slug that is thrown so fast, it overexpands too much and penetrates very little.

The use of 410 slugs in 45/410 handguns seems pointless, given you are giving up using shotshells with multiple projectiles and shooting single larger projectiles like you would a conventional revolver and conventional ammo. Hornady has attempted to balance the potential for good penetration and slug accuracy with the benefits of spreading buckshot pellets in their 410 Triple Defense load.

Available in 2 1/2 inch shells, the Triple Defense load uses a 41 caliber FTX projectile—a round-nosed slug with a polymer plug in the hollow-point cavity. Two .35 caliber 000 buckshot pellets sit behind the slug. The slug itself appears to be a total rethinking of the old-school soft-lead hollow point and the addition of a few pellets gives some justification for spread. So how does it perform?

I conducted a quick chronograph session and gel test using 10% Clear Ballistics gelatin blocks. I placed my Caldwell chronograph at 4 yards and fired 4 rounds using my 18.5-inch barrel Mossberg 590 410. This load achieved an average velocity of 1240 feet per second. Interestingly, the difference between 1 round to the next was less than 10 feet per second. This load is quite consistent! The total weight of all projectiles weigh a nominal 240 grains—a single 110-grain slug and 2 65-grain round balls. At 1240 feet per second, the Hornady Triple Defense’s payload is imparting 819-foot pounds of energy. These energy levels are in 44 Magnum territory, albeit dispersed between three projectiles.

To gauge the effect, I set up my gelatin blocks and fronted them with 2 layers of white t-shirt material to simulate light clothing. I backed off to ten yards and fired 3 rounds. Given how the slugs favored low in actual patterning, I caught 2 slugs but only 1 buckshot pellet. Each impact was enough to knock my blocks back, requiring a reset between shots.

The 2 slugs that were captured did not expand but were flattened out at their bases as they tumbled. The hollow base of these rounds likely slowed them down as they made it to the 10.5-inch and 12-inch mark respectively. Most of the buckshot pellets escaped out of first 9-inch block, but 1 went straight and true with enough energy to both flatten out and reach the 24-inch mark.

It can be a tough sell to justify a shotgun round with only a few projectiles, especially when the shotgun is seen as a long gun that can be used to effect even if your aim is not perfect. Indeed, some 410 loads pattern into one hole inside ten yards. You are working with a limited payload in any event.

The Hornady Triple Defense load is designed for handguns but there is plenty of utility out of the 410 shotgun. 410 slugs by themselves are not particularly effective but Hornady’s version is a welcomed improvement in terms of performance. Based on the marginal performance of smaller shot in the 410, like No. 4 buckshot loads, going with the Hornady Triple Defense with its larger, but fewer pellets, seems a more than acceptable trade-off. 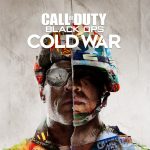 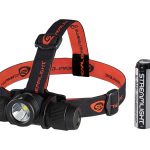