Anderson Manufacturing, a family-owned Kentucky-based firearms manufacturer, has partnered with Advanced Armament Company (AAC) to expand Anderson’s offerings to include a series of suppressor-ready firearms, rifles, and pistols. The seven guns are tuned and equipped to host a suppressor right out of the box.

With this new series, Anderson’s Product Engineer, Truman Brough, hopes to ease the process for consumers to shoot suppressed, “We’ve teamed up with AAC, a world-class suppressor manufacturer, to offer this new series of Suppressor Ready firearms, tested and tuned with Select AAC suppressors. Each firearm has unique features to make it easier than ever to start shooting suppressed the moment your new tax stamp clears.”

The A4-2000 pistol has the Anderson 10.5” barrel chambered for 5.56 with a front sight and a 1:7 twist rate. The A4-2000 operates on a carbine-length gas system inside a T-Market quad rail handguard. It has an SBA3 Pistol Stabilizing Brace along with a Magpul Flip-up rear sight on the end. The firearm has an AAC 51T Blackout Flash Hider muzzle device that will allow for use with a suppressor. It also features a heavier buffer with the H3 to slow the cyclic rate adding reliability when the system is suppressed. Anderson Manufacturing tested the system with the AAC Ranger 5 suppressor with good results. The firearm has an MSRP of $939.99.

The AM-15 Specter Pistol also features a 10.5” barrel, but this one is chambered in 300BLK and has a twist rate of 1:8, and the 51T Blackout Flash Hider. It runs on a pistol-length gas system inside the free-floating Anderson 9.5” MLOK handguard. The pistol also has the SBA3 Pistol Stabilizing Brace, Magpul K2 grip, and a Breek Arms Warhammer Micro Mod2 charging handle. The AM-15 Specter pistol was tested with the AAC Ranger 7 suppressor and has an MSRP of $799.99)

The AM-15 Specter Rifle has a 16” barrel chambered in 5.56 and also features the 51T Blackout Flash Hider. The rifle has a mid-length gas system in the Anderson 15” free-floating MLOK handguard. It features the Breek Arms Warhammer Micro Mod2 charging handle along with the Magpul K2 grip and Anderson adjustable carbine stock. It was tested with the AAC M4-2000 and Ranger 5 suppressors. The MSRP for the AM-15 Specter rifle in 5.56 is $870.

The AM-9 Series pistol features an 8” Anderson PCC Profile barrel that has been fitted with an Anderson Knight Stalker flash hider. The barrel sits inside a 6.75” MLOK handguard. The pistol has an SBA3 Pistol Stabilizing brace and like other Anderson Manufacturing weapons, it has a Magpul K2 grip. This model has the LRBHO (last round bolt hold open) feature and comes with one 27-round GL9 PMAG. It was tested with the AAC TI-Rant 9M-HD suppressor in both long and short configurations. The weapon has an MSRP of $899.99.

The last rifle from Anderson Manufacturing in the Suppressor Ready Series is the AM-10 Silent Ranger rifle chambered in .308 Winchester. The Silent Ranger has an 18” barrel with a 51T Blackout flash hider on the muzzle. It has a mid-length gas system inside the 15: Anderson Stable-Lock handguard. It also features a Schmidt Tool two-stage trigger, Breek Arms Warhammer Micro Mod2 charging handle, and also has all the same Magpul furniture. It was tested with the AAC Ranger 7 suppressor and has an MSRP of $1,200.

The Kiger-9C SR is chambered in 9mm, and according to Anderson Manufacturing, it is the dark horse in the market. It is a striker-fired, locked-breech, semi-auto pistol with all the suppressor-ready features. It boasts suppressor height sights, a threaded barrel, and a finely tuned recoil spring. It was tested with the AAC TI-Rant 9M-HD suppressor in the short configuration. The Kiger-9C has an MSRP of $499.99.

The second pistol is the optic-ready variant of the Kiger-9C pistol, the Kiger-9C Pro SR. The compact 9mm pistol has a skeletonized slide with suppressor height sights. It also has a threaded barrel and the same tuned recoil spring. It was also tested with the AAC TI-Rant 9M-HD suppressor in the short configuration. The Kiger-9C Pro SR has an MSRP of $549. 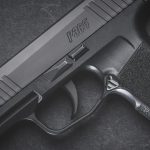 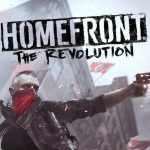