Hunting USA > Blog > Skills and Gunhandling > AR-15 Stovepipe Drill: You May be Doing it Wrong

Most of us have seen the stovepipe drill. You know, the one where you close the bolt on a piece of spent brass so it’s sticking out perpendicular to the gun. It’s supposed to simulate a failure to eject (FTE), which you can then clear to prepare you for when the real thing hits you.

Daniel Shaw from Gun Mag Warehouse demonstrates for us how many people get it wrong and then moves on to how to run the drill correctly. This is important because, if you’re doing it the wrong way as he shows, you will not be prepared to do it for real.

Daniel starts by showing the drill he was taught, of all places, in the Marine Corps. It consists of closing the bolt on the spent brass, as noted above, while there is a round in the chamber. To clear it, all you have to do is use the charging handle to cycle the action. The chambered round, being already engaged with the extractor, kicks out the spent casing with no problem and chambers another round. Good to go.

The problem is that this is physically impossible. An FTE is generally caused when the extractor doesn’t kick out a spent casing, thus preventing the bolt from chambering a new round as it moves forward. There is no reason whatsoever for a spent casing to be hung up in the bolt on top of a chambered round.

A correct simulation of an FTE looks like this:

• With the chamber empty and a mag inserted, lock the bolt to the rear.
• Insert your spent casing at the front of the ejection port, perpendicular to the gun.
• Close the bolt on the spent casing.

This is what an FTE, or stovepipe, really looks like. Now, the clearing drill:

• Lock the bolt to the rear.
• Drop the mag Rifle Magazines | GunMag Warehouse.
• Some folks say to turn the gun on its side and “karate chop” the stovepiped casing to get it out of the chamber. Daniel prefers to “jiggle” it with his thumb and forefinger. You do you.
• Cycle the action to clear the chamber. The brass on the round that was prevented from being chambered may be bent.
• Insert the mag and drop the bolt if necessary.
• Back in action.

Running this drill properly is critical to performing it when you get a for-real FTE. If you’ve been doing it wrong, don’t worry about it. Stuff like that happens and there is misinformation everywhere. The key here is understanding how the gun works and what is realistic and what is not. It kinda bothers me that at least some people in the Marine Corps teach, or have taught, this drill in a way that shows a lack of understanding of how the gun functions. Nothing I can do about that, but hopefully, they will get it fixed.

Anyhow, this drill should be part of your regular training. It happens to almost everyone, eventually. It’s not a big deal if you’ve practiced for it. As with many other drills, it can be done at home with snap caps and a spent casing. A few practice runs each week and you’re good to go with no precious ammo expended. If you want to see it demonstrated, click the video link. Either way, make sure you’re doing it right. It matters. 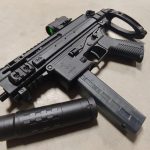 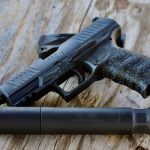