Back 4 Blood is the spiritual successor to the very popular Left 4 Dead series. Like its predecessor, Back 4 Blood is a zombie horde shooter that challenges you to fight wave after wave of the undead with a multitude of weapons and a bit of the old ultra-violence.

To be fair, I hardly played the Left 4 Dead series, but when Back 4 Blood popped up in Xbox Gamepass, I figured it was worth the free download.

Holy crap was I right!

Back 4 Blood — A Horde Shooter

Horde shooters are new to me. I started with Aliens: Fireteam Elite and found myself attracted to the fast-paced playstyle and white knuckle action. Horde shooters cast you as a character in a world overrun by some form of monster. In this game, it’s zombies, also known as “Ridden” in-game. The game never slows down and barely ever gives you a minute to breathe as the zombies just keep coming.

Back 4 Blood has a huge focus on cooperative gameplay and is best played with four friends on a team. I had the most fun playing with a few friends, but life being life, we didn’t always have time to coordinate, so I played mostly single player. I still had a blast in single-player.

You can pick from one of eight “hero” characters, and each Back 4 Blood hero comes with unique weapons and abilities. The abilities can involve both team buffs and single-player buffs. Equipment buffs can be razor wire to seal off doorways, ammo pouches to replenish supplies, and more. Character bluffs entail faster aiming down sights, better healing, and more.

My favorite character is a doomsday prepper, gun nut, and John Goodman impressionist named Hoffman. He packs an M1911 and a TAC14 as his weapons with an ammo pouch and +15% max ammo capacity for the team.

Playthroughs in Back 4 Blood are called runs, and you start a run at Ft. Hope. Here you can interact, spend in-game currency, and set up decks. Decks is a unique card system that allows you to provide buffs to your team. They can increase health, ammo capacity, damage, and much more.

You get a starter deck but are challenged to build your own deck to affect your playthrough. These cards seem to take the place of traditional RPG-type skill trees and upgrades. To be successful, decks need to be focused on a player’s playstyle. It’s fun, unique, and allows you to tweak the game to exploit your strengths as a player.

You get your own deck, but you also get hit with corruption cards. These cards give the enemy an advantage over you and toss different enemies, fog, mutations, or whatever at you. The game also has a unique AI Director system that adapts the game’s difficulty to your playstyle.

You can build a great deck, but it will never be too overpowered for the game. You won’t get bored, and the game is quite difficult. I typically play on ‘hard’ mode, but after I met the first boss, I had to scale back to medium to keep playing.

In Back 4 Blood, the game features basic “Ridden” zombies—your typical shambling cannon fodder that’s only real strength is in numbers. That’d get boring fast, but along the way, you run into several mutations. These are super zombies that vary in strength and abilities. Some have huge arms. Others spew acid at you. Some call hordes of zombies and others are multistory bosses that soak up ammo.

When things get up close and personal, your character and weapon get blasted in blood and covered in guts. It’s a great little detail that adds to the brutality of the game. The various enemy types, strategies to deal with them, weapons, and constant movement make Back 4 Blood a thrill ride.

Of course, we have to talk about the guns in the game! Back 4 Blood delivers an arsenal of firearms, including assault rifles, shotguns, SMGs, LMGs, sniper rifles, handguns, and plenty of brutal melee weapons. Back 4 Blood tries hard to do the guns right, or at least as right as they can.

You can tell the designers put forth effort for realistic firearms, but they mess up here and there. For example, if you reload a partial mag in your M4 or M16, your character will always hit the bolt release. Guns like the MP5 and Uzi both fire 9mm, right? Well, for some reason, the MP5 does more damage. The AA12 and Remington 870 both fire eight pellet buckshot, but the Remington does more damage.

With that said, there have been a few times Back 4 Blood impressed me. Let’s go back to the Remington 870 and the TAC14. They are arguably the same weapon, and both are 12 gauges. The TAC14 does more damage than the 870, but the TAC12 seems to fire 3-inch magnums. The TAC14’s three-round capacity is accurate (if you ignore the +1), and it fires 12 pellets per shot versus the 870s eight pellets per shot.

When you aim, you look down the sights, and those sights can be upgraded to various optics. There are EOTech, ACOGs, and various red dots you can purchase or find in the wild. You can also add extended mags, different ammo types, stocks, and muzzle devices. Outside of optics, mags, and muzzle devices, the upgrades don’t change the cosmetic features of the gun.

Back 4 Blood also allows players to toss on weird upgrades to weapons. For example, you can equip a pistol with a tactical stock, but you can’t ever see the stock, but it improves mobility.

Once you attach an upgrade to your gun, you can’t remove the optic and toss it on another gun. They’re stuck. Upgrades are also randomly available between missions in Safehouses, so you can’t always top your AK with an ACOG.

My favorite combination of weapons in Back 4 Blood is the TAC14 paired with a TEC9. It’s a lot of fire-power that’s perfect for close-ranging bad guys. The TAC14 only offers me three rounds, but the TEC9 gives me twenty.

My other favorite is the RPK combined with a .357 Magnum revolver that, in reality, is the S&W TR8. The RPK is powerful and controllable, like the S&W that offers lots and lots of power in a small package.

A Blast of a Game

Back 4 Blood is a ton of fun. It’s an action-packed ride that never stops moving. It’s quick, and brutal, and you get access to tons and tons of cool guns. From SCARs to Benelli M4s, you get a little bit of everything. I thought I’d hate the deck-building mechanic, but I’ve come to appreciate it. Plus, it was free on Gamepass.

Any other Back 4 Blood players? If so, hit me in the comments with your deck builds and ideas. 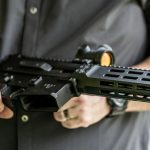 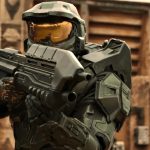