I haven’t picked up a Call of Duty game in a long time….I tried the new WW2 model, but after the D-Day level, the arcade feel wasn’t for me. That damn Xbox end-of-summer sale got me, though, so for about 15 bucks, I picked up Call of Duty: Black Ops Cold War. I really enjoyed the first two Black Ops games, so why not? As usual, this is a review of the single-player campaign because I’m not partial to 12 years old screaming at me.

Call of Duty: Black Ops Cold War takes place in the early 1980s, which opens us open to a delightful era of weaponry and warfare. Time to qualify with iron sights and perpetually talk about it as if we didn’t qualify with irons up until 2012. The Cold War plotline sticks with characters we know, like Alex Mason, Frank Woods, and good ole untrustable Hudson.

You play as a bit of a player-generated character named Bell. You can pick their gender, nationality, background, and a couple of traits that give you bonuses. You and your black ops team are hunting an elite Russian agent named Perseus across the world.

The Call of Duty: Black Ops Cold War campaign takes you across numerous locales and a mix of fun environments and oddly changing gameplay. Sure, most of it’s just shooting through waves of bad guys, but random stealth missions and a mission as a KGB double agent in KGB headquarters break things up a bit.

Hell, in one level, you pilot a helicopter and blast down other helicopters and take down Vietcong forces attacking an American FOB. It’s a fun mix that breaks up the murder-everything plot. You also get taken around the world to environments like the nightclubs of Europe, a flashback to Vietnam, and even back to Black Ops legacy levels like Dragovich’s base, where you find guys you left behind with crossbow bolts in them years ago.

I’ve often heard Call of Duty campaigns described as summer movies that are loud, fun, and entertaining without a ton of depth. I tend to agree. It’s like a Fast and Furious movie. Black Ops Cold War allows you to travel from Vietnam to Cuba and fight communists every step of the way.

It’s got these thrilling scenes and moments where it’s nothing but fun. Launching missiles in an attacking force of Vietcong or chasing a bad guy across rooftops is a blast. Seeing the Gipper portrayed is a good time, and I hope we get an Iran Contra Black Ops game one day. 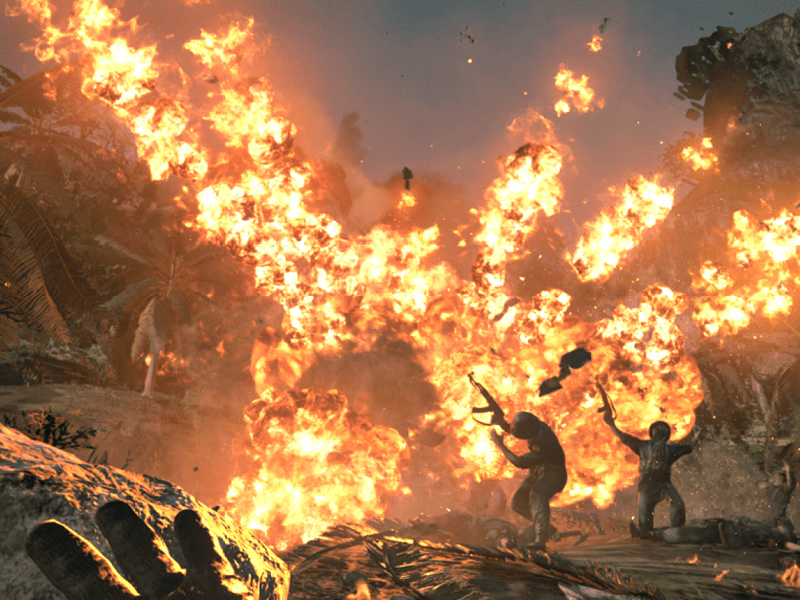 Call of Duty: Black Ops Cold War is all about the shooting, and like most Call of Duty games, the gunplay is tight. It’s fun, easy to start with, and predictable. The submachine guns are weak but controllable, shotguns are for bad breath range only, and rifles are the most balanced option.

I do like to see the evolution of machine guns, though. In this game, they aren’t just inaccurate assault rifles with a 100-round capacity. They tend to be accurate, but you get more accuracy issues when moving. The guns are also slower to get from hip to shoulder.

Is it all totally believable? No, but it’s tight and well done. It’s still a video game, and the differences between an AK and an M16 are tough to translate. So just make one fire burst and make the other one a little less accurate and call it a day.

The Guns of Cold War

The guns in Call of Duty: Black Ops Cold War are a weird mix of great and lazy. The laziness comes from the fact that Call of Duty is really hooked on just copying assets from older games. That’s why the SPAS-12 will never go away. That’s one problem. The other is an odd mix of weapons being used by the various forces that often don’t make sense.

The Soviets are wielding AKs and RPDs alongside Swedish AK5s and Beretta 93Rs. Both sides wield an Ithaca 37 wannabe and SPAS-12 shotguns. When Call of Duty: Vanguard came out, people groaned at the use of red dots on WW2 guns, but they’ve always done that.

That happens here too. Did red dots exist in 1983? Sure, but they were much larger and nowhere near as common as the game makes them out to be. Honestly, a game with old-school red dots and maybe Colt 4X scopes mixed with a healthy helping of iron sights would be a bit more fun and realistic. I don’t see a reason why a stock standard Soviet soldier would have an MP5 with a red dot on it.

Where Black Ops Cold War gets things right is in some little details. The SPAS-12, for example, has some crappy ergonomics, and reloading requires you to hold down a latch and flip the gun upside down. When wielding the 93R, your character uses the proper grip with the gun. Their thumb slips through the trigger guard and the hand over the 93R vertical grip.

The AK series rifles are mostly used when fighting the Russians and are what you expect from an AK. However, in the Vietnam levels, you can retrieve an AK, and when you aim down the sights, it has a hooded front sight. Hooded front sights are a characteristic of the Chinese Type 56 AK, and that’s a brilliant touch.

It’s interesting that someone cared enough to take the little details this far but then slapped us in the face with a lack of Cold War classics like the FN FAL and the G3.

Cold War might be a rather short campaign, but it’s plenty of fun. I wouldn’t purchase this game for 60 bucks, or even 40, or maybe even 30. If you dive into the multiplayer, then maybe it’s worth that price. If you can snag it on sale, then it’s worth the cost of admission. 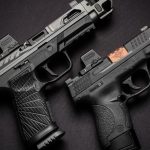 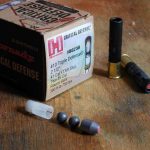