Whether you are a new gun owner or a veteran shooter, you can’t overlook a good cleaning kit. A universal cleaning kit with jags and brushes to clean firearms in different calibers might be the ultimate if you have a healthy collection of firearms. But sometimes a well-rounded caliber-specific kit is appropriate. Breakthrough Clean Technologies sells a number of these kits from 22-45 caliber in for both rifles and pistols. I own more 22 caliber rifles and pistols than anything else and I clean them all with a full-sized rifle rod. So, I got the Breakthrough’s Vision Series 22 caliber handgun cleaning kit to dedicate to my pistols.

There are plenty of inexpensive kits out there and they are often lacking in some way to keep down the costs. Some don’t include small amounts of oil, solvents, or patches to get you started. Others use threaded plastic handles that loosen up over time or plastic jags that become brittle and break when using the solvents and brisk motions you would expect during a cleaning session.

Breakthrough gives you enough cleaning supplies to get through a few cleaning sessions before you replenish them, and they did not skimp on the actual kit itself. The plastic handle has a brass threaded portion inlet into the handle and the included jags are all brass. One jag is the traditional eyelet type that allows you to scrub the inside of the bore and chambers of your pistol, while the other is a compression-fit jag that is excellent for pushing lead and copper fouling off the rifling and into the patch.

The brass rod is fairly standard equipment, as it is soft enough to prevent wear on the bore as it goes to work. When threaded and attached to the jag, it can clean up to an 8 1/2-inch barrel—more than enough length for most handgun barrels. The brush uses synthetic bristles instead of the usual bronze brush you will find in most kits. Some have stated concerns with bronze brushes wearing out the rifling of the barrel, but this is unfounded. In any case, a synthetic brush is tough enough for fouling.

After a few hundred rounds through my Ruger Wrangler Birdshead, it was starting to get sticky to operate. I disassembled the revolver and laid out the Breakthrough kit to try it for the first time. I am used to dipping patches and brushes into a solvent, but the included solvent is in a spray bottle. I was able to hose down the problem areas, particularly around the revolver cylinder, its chambers, and down the bore.

For a quick through with the brush, the eye-lit jag was easy to feed patches and I used it to clean the cylinder chambers while I used the compression jag in the bore. Slivers of leading came out on the first patch. Although I still prefer a bronze brush, the synthetic brush and solvent solution had done their job well. With a few more passes using clean patches, I was finished with the bore. I repeated the same process with the cylinder of my revolver and was able to get it clean in short order.

After giving the revolver a wipe-down with solvent, I followed up with oil. It comes in a bottle with a needled point, allowing me to apply just a few drops at a time on the moving parts. A lightly oiled patch down the bore and chambers, as well as a quick oil wipe-down, finished the operation in all of ten minutes.

And perhaps the best part of all is that Breakthrough’s oil and solvent do not stink! But don’t worry, you can always stock up on Hoppes No. 9 when you run out. Likewise, the synthetic patches that Breakthrough supplies do not shed fibers while you are working with them. I prefer cotton patches for this reason and generally stay away from synthetic patches, but these left nothing of themselves behind.

A Few Things to Add

The Breakthrough Vision Handgun kit is an excellent buy that will outlast some of the others on the market, but there are a few additions you might want to look into to make your kit complete.

For those occasions where you will need a screwdriver to take off grips and adjust sights, a dedicated screwdriver/punch set is recommended. Breakthrough does not provide one with this kit, but it is a worthwhile trade-off to get cleaning supplies you will certainly use instead of a screwdriver that you may not need for a modern pistol. Still, a good screwdriver set is good to have for the abovementioned tasks. A screwdriver is often included in some small kits, but they tend to be ill-fitted to machine screws and take up space in lieu of cleaning supplies. A universal cleaning kit will often come with a screwdriver and a good set of bits, but you are also stuck with the space and expense of having caliber-specific accessories you may not need.

The only change I would make to the Breakthrough kit is the inclusion of a small bronze brush. I use a larger one to break up stubborn fouling baked onto surfaces like revolver cylinder faces and feeding ramps. I would prefer a pocket version over the redundant cotton bore mop that serves the same function as a jag. I could have made good use of an included brush to scrub the cylinder face and inside the cylinder frame to get at tough fouling that the bore brush is ill-suited to reach. Such a brush would also be handy for cleaning around the muzzle and along the rails of an autoloading pistol. But this is a relatively minor gripe. A small bronze brush is inexpensive enough to purchase and a hard-bristled toothbrush can be a good substitute. But all in all, the core of the kit is built to last and the included cleaning supplies are easy to use and effective. For most of us, a Breakthrough Kit with a bronze brush will cover most cleaning needs for very little money. 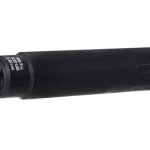 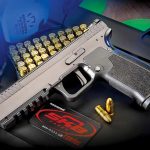