Guns and Cigars. If you are a cigar smoker you will know that there are a multitude of great drinks, alcoholic and otherwise, that pair well with your favorite smoke. Of course, this is a Gun blog and booze and firearms do not mix. But there are few things finer than setting back with a hand-rolled cigar after a successful hunt or a long day at the range. For this Gun-and-Cigar pairing, we are going old-school American West with a nod to Clint Eastwood—The Colt Conversion and a Cheroot.

Cimarron Firearms makes a very cool take on the Colt Conversion called Man With No Name. This is in reference to Clint Eastwood’s character in the classic Spaghetti Westerns. The original Colt Conversions were made to use up existing stocks of cap and ball revolvers and to circumvent patents that were held by competing companies. Colt also offered factory conversions of customers’ revolvers that was cheaper than buying a new revolver. And speaking of cheap, the Conversions continued to be very popular in the Old West, even after the Peacemaker was introduced in 1873, for that very reason.

The most common style of Colt Conversion is what is called the Richards-Mason. This comes from two patents that were used to make them: one filed by Charles B. Richards and the other by William Mason. The Cimarron Man With No Name is kind of a cross between a Richards-Mason, an unconverted Colt Navy, and the 1872 Open Top Colt. This was done to not be historical in the sense of an original Colt, but to be like the one Clint Eastwood used in The Good, The Bad and The Ugly and other Spaghetti Westerns. And what does the Man With No Name also do in the movies? He smokes small cigars!

The style of cigar Eastwood is seen smoking in these movies is called a Cheroot. The exact brand he smoked on screen is up for debate. The two cigars that are most commonly said to be the ones from the movie are Marsh Wheeling and Parodi. Marsh Wheeling was a very old history American cigar company that started in the 1840s. Unfortunately, they were discontinued a few years ago. However, there are rumors that they will be coming back. But have no fear Parodis are still going strong!

One would assume with a name like Parodi that they were made in Italy like the Spaghetti Westerns and the Cimarron Man With No Name. But that is not the case, they are made in Pennsylvania from 100% American-grown Kentucky Tobacco. These are dry-cured cigars that do not have be kept in a humidor. They look rustic, and taste a little rustic too.

Shooting Notes: There is just something about the grip shape on these old Colts and their clones that are magic. This one is in .38 Special, recoil is very mild, shoots fast but loads a mite slow.

Tasting Notes: Medium body with some strength, these have a rustic earthy taste. 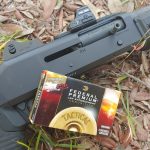 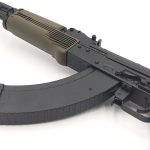