CMMG, the purveyor of quality AR rifles and parts, has expanded its offerings to include a Personal Defense Weapon (PDW) in the Mk57 Dissent firearm. CMMG has given 5.7 caliber lovers a solid option for a dedicated PDW.

The conversation around the optimum PDW round has been ongoing for years, with one of the major discussions centering around if 5.7×28 is the best round for it. The 5.7 round was originally designed to be small and lightweight while traveling flatter, similar to rifle rounds, across 5.7 platforms.

The Mk57 Dissent has both the CMMG Radial Delayed Blowback operating system and the patent-pending Compact Action along with the Mk57 forged platform lower for a solid package. In addition to those features, the Mk57 Dissent also has the TriggerTech AR-D 2-Stage trigger with a 4 lb. pull weight and light break. CMMG has a word of caution in that they do not guarantee Dissent functionality with other aftermarket or Mil-spec triggers so the end user needs to be aware of that.

Every Dissent comes with a threaded 6.5” barrel inside the proprietary 5.5” M-LOK style handguard. A 1913 Picatinny rail is at the butt of the MK57 to attach the end user’s desired stock or pistol brace. That being said, certain NFA rules may apply but that’s up to the end user to follow all rules.

Both the upper and lower receiver are manufactured from forged 7075 T6 aluminum for a lightweight system, weighing under five pounds total. The Mk57 Dissent has a CMMG Zeroed pistol grip and a left-side Dissent side charging handle.

The MK57 Dissent from CMMG is the pinnacle of versatility in that it accepts FN 5.7 pattern pistol magazines in addition to the two 20-round ProMags it ships with. It is available in six Cerakote colors: Black, Charcoal Green, Coyote Brown, Midnight Bronze, Sniper Grey, and Titanium.

The CMMG Mk57 Dissent PDW, like all other CMMG products, are backed by the company’s Lifetime Quality Guarantee against material and workmanship defects. The Mk57 Dissent has a price tag of $2,199.95 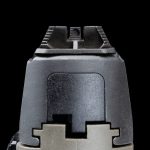 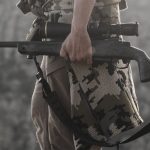