Daniel Defense, no stranger to unveiling cool products, has officially launched its Soundguard suppressor family along with a folding stock adapter for the Pro series rifle chassis.

The Soundguard suppressor line has a 5.56, 30 caliber, and a titanium 30 caliber suppressor. The new suppressor line is said to be a cutting-edge gas-flow dynamic system that eliminates over-gassing and directs the gas forward and away from the shooter’s face.

The Soundguard powered by KGM lowers impulse noise levels, helping protect against hearing loss. The suppressors have a patent-pending baffle stack and a proprietary coating on the internal components to reduce the firearm’s flash to almost zero.

The Soundguard suppressors will ship with a removable direct thread mount, meaning the suppressor can be used with other direct thread mounts or QD mounts on the market thanks to the HUB standard 1.375-24 UNS thread pitch of the mount. The steel Soundguard suppressors, the SG-556 and the SG-30, are full-auto rated and feature a stainless steel baffle stack and outer tube. The SG-30Ti is constructed from a titanium baffle stack and tube for a lighter package weighing just 15 ounces with the mount.

All of the Soundguard suppressors feature a patent-pending gas-flow pathing that stabilizes the rounds to ensure high accuracy with little POI shifts. The SG-556 and the SG-30 have a price tag of $750 while the SG-30Ti has a price tag of $1,000.

Daniel Defense also expanded its Pro Chassis family of products and accessories to include an option for a Folding Stock Adapter. It was developed exclusively for the Delta 5 Pro and R700 PRO chassis systems. The adapter installs within minutes and allows the buttstock to fold in, making the rifle smaller for easier transport or storage.

The folding stock adapter was constructed with extremely tight tolerances from stainless steel to give the strongest possible lockup and eliminate any play that is usually present with folding stocks. The adapter has a no-button design to help minimize any impact from dirt or debris. Additionally, it allows for easy and direct access to the barrel without having to redo any adjustments.

The Daniel Defense Folding Stock Adapter for the Pro Chassis has a price tag of $199 and is available soon. 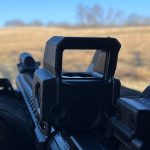 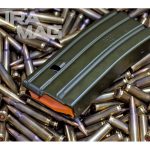