Hunting USA > Blog > Accessories > Do You Need a Red Dot Sight on your Carry Pistol?

One of the more noticeable changes in the self-defense world in the last few years is the appearance of red dot sights (RDS) on carry guns. When RDS were new they were seen as something competitive shooters used and it took some time for that to change. From competitive shooting, they saw use among handgun hunters and now they’ve become common on everyday carry (EDC) guns.

In the video below, Lucky Gunner examines whether you really need a pistol red dot, and why.

Why do you want a pistol red dot sight?

There are a lot of reasons to put an RDS on your carry gun. In fact, there are more pros than cons which makes it difficult to make a solid pro/con list. Benefits of using an RDS:

If you’re thinking it would take you too long to learn to use an RDS, you might be surprised to find out that it is a fairly simple process. Yes, it takes some time to get used to looking for a red — or green — dot instead of lining up iron sights, but it’s also easier than iron sights.

Once you master visualizing the dot as you’re getting on target you can focus on speed, and that’s where a pistol red dot sight gets even more impressive: rapid target acquisition. Basically, if you have an RDS on your carry gun you’ll shave some time off how long it took you to draw your gun and get a shot on target with iron sights. Seconds definitely matter when it comes to self-defense.

Chris Baker from Lucky Gunner goes over the details of why you might want a red dot sight on your carry gun in the video below.

Are there any downsides?

On the con side of the list, Chris Baker said, “I think a lot of the most common criticisms of pistol red dot sights are overblown. Things like durability or battery life are kind of minor issues at this point if you’re careful about hardware selection, but there are some challenges involved in transitioning from iron sights to a red dot that I think deserve some attention. …two of the biggest challenges…one is a hardware issue, simply figuring out which pistol to mount an optic to and what method to use to mount it — that seems like it should be easy but it’s often not — [and] the other big challenge is more of a software, or training, issue. …that is, learning how to find the dot when you are shooting.”

Can these challenges be fixed? Yes, but it takes some time and effort.

In the video, Chris Baker suggests taking classes from experienced RDS instructors like Scott Jedlinski, which is a great idea. Being an informed shooter — and a well-trained one — is always a good thing. Watch the Lucky Gunner video to find out more about whether you want an RDS on your carry gun. 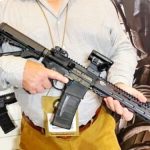 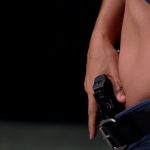