The AK has a long and interesting history and unfortunately, we’ve seen them in current action in Ukraine in its newest version, the AK12. But does it kind of suck compared to other modern weapons? In his recent video, Brandon Herrera takes a look at how the AK12 stacks up against its namesake and what the Russians could have done better.

Brandon’s channel does a lot on the AK rifle platform and he’s no stranger to them. The AK has been around since 1947 in Russia. In the video, he points out that over the years the furniture and appearance may have changed, but that the heart of the gun had stayed the same. The thought is “if it’s not broken, don’t fix it.” Well, they wanted to fix it.

The next major version was the AK74 which changed things for the AK. With the AK74 they switched over to shooting 5.45 ammo, around the same time the Americans switched over to 5.56. The major changes were the 90-degree gas block update along with the front sight block with threads to attach the muzzle device. With the AK74 and the 100 series, they tried to standardize things but the changes didn’t stick.

The AK series of rifles needed to evolve and update in order to keep up with the West—enter the AK12 in 2018. Prior to the AK12, there was no way to attach lasers, flashlights, easily mounted optics, or IR to the AK platform. Brandon points out that the earliest visions of the AK12 can be seen in early Call of Duty or Battlefield video games and were pretty sexy. Sadly, real-life AK12s did not have the optic option. He said that you either get an optic or a rail to mount one, but not both.

The AK12 gives a few updates to previous variants. The first update was the folding stock, similar to the stock on the AK74, with a button release. Another update that was found on the AK12 is the dust cover with an integrated rail for optics. The new furniture, like adjustable stock, polymer handguard with rails, gas block combo with sight and muzzle brake helped bring it to a newer look. The one item Brandon says he really likes is the updated flat edge bottom magazine that makes it less awkward to shoot prone and helps keep it pretty level.

So what makes the AK12 not so awesome?

Like most reviewers of the video state, the AK12 is outdated even with the updates. One said, “The AK-12 is a perfect example of the military adopting something that has problems which the civilian market has already solved before its adoption.”

Brandon thinks the AK12 is definitely not a perfect rifle. His reasons:

Brandon goes on to discuss options that the Russians could have done to make the AK12 much better but didn’t. The first option was using Zenitco accessories. Even though Zenitico is a Russian company with loads of accessories like a long handguard so the shooter can hold the rifle further forward, the Russians didn’t adopt their stuff. If you tried to do that hold with the existing handguard, you’ll burn your hand.

The other option is SureShot accessories. Another Russian-based company, Brandon says they have a good dustcover/handrail system and other sturdy furniture for the AK12. Both options allow for optics or lasers holding zero on the rifle, something that doesn’t happen now with the handguard.

Overall, does it suck?

Brandon states that it does not entirely suck. It allows for things that the AK74 doesn’t do as well. But what does suck is that they had every opportunity to make the AK12 something good, and they didn’t. He said it was a good example of progression, but it could have been a lot better. 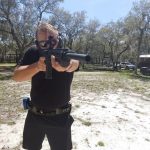 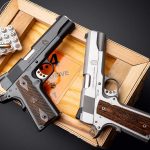