Respected manufacturer Federal Ammunition is taking the needs of all self-defense gun owners into consideration by expanding their Personal Defense lineup to include a pair of magnum loads: 327 Federal Magnum and 357 Magnum. The ammo maker is building what is one of their most popular lines of personal defense ammunition, giving shooters who use magnum loads a reliable and effective option for revolvers (and the occasional semi-automatic).

Federal Ammunition Handgun Product Director, Mike Holm had this to say regarding the newest additions to the line: “When it comes to choosing a caliber for personal defense, the 357 Magnum and 327 Federal Magnum continue to be popular choices. A big reason for the continued popularity of these calibers is the preference to carry a revolver for everyday carry. We are excited to add these new loads to the already proven line of HST Personal Defense handgun ammunition.”

“Users that want to carry a magnum caliber for personal defense, want to utilize the full benefit of them. The specially engineered 104-grain 327 Federal Magnum and 154-grain 357 Magnum HST Jacketed Hollow Points were designed to take full advantage of magnum cartridges with consistent terminal performance,” continued Holm.” The bullet still has to perform well in personal defense scenarios. This is why the HST JHP was built to pass through a variety of materials without plugging up. The bullet jacket and core hold together to provide nearly 100-percent weight retention through common defensive barriers.”

Features of these latest additions include: 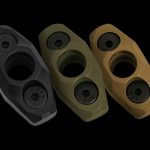 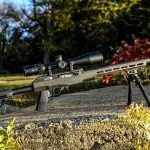