Another pistol has been approved by the California Department of Justice Laboratory Certification and Handgun Testing process, allowing it to be listed on the State’s “Roster of Certified Handguns.” The Franklin Armory CA320 handgun. Franklin Armory, the US-based firearms and accessories manufacturer, has three other models on that list.

The CA320 is the first optics-ready pistol to be put on the Roster. It comes with factory night sights. Additionally, the CA320 has an ambidextrous safety and, according to the company, is potentially compatible with Sig P320 grip modules. It is chambered in 9x19mm.

One source showed the CA320 listed at just under $1,000, but no information regarding the pistol was readily available. However, FFL holders from the state of California can reach out to Franklin Armory for more information or check them out at SHOT Show 2023 in Las Vegas. 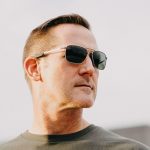 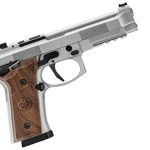