Xbox Game Pass has saved me so much money. As someone who likes video games but has no time to play them, it’s tough for me to spend $60 plus on a video game. Sometimes I stumble across games I’ve never heard of and hit the download button. If it’s bad, I can delete it and forget. When I saw a game called Gunfire Reborn, I hit download without any knowledge of what it was other than a name that drew me in.

I quickly found it this was a new type of game to me. It’s called a “roguelike,” which apparently means it’s a dungeon crawler and has permadeath or something similar to permadeath. It’s also character based, and you unlock these cute little animal-like characters as you play. When you die, that’s it! You basically have to start over at the very beginning, but you can choose to spend your character’s upgrade points to revive yourself.

That sounds like the game could get repetitive until you get good, but Gunfire Reborn throws in randomly generated levels. Each level consists of several stages, and the only one that’s consistently the same is the boss fight at the end of the level. If you die, you do get to keep your experience points which can be applied to increase your damage, health, defense, etc. This way, the levels get a little easier every time you die.

The game uses cartoonish cel-shading. Your enemies and characters look like they came out of a Saturday morning cartoon. It’s cute and clean in design. It might not blow your mind, but it will charm you. The levels seem to follow a similar color palette that takes you to caves, deserts, tea houses, and more.

The sounds are cutesy little noises mixed with gunfire. Each gun sounds good and different from the others. At least as far as gun genres go. An SMG sounds like an SMG, but an assault rifle sounds different than an SMG. The sounds pop and flow as the game plays.

There are some sections of pretty bad translation. It ends up being somewhat funny, ultimately, and never stops you from understanding exactly what you are doing when you choose an upgrade or read your gun’s specs.

The charming look of the characters and enemies keeps you engaged. The environments are a little plain, but they are randomly generated. I get that this was a small developer and give them a little leeway.

The Nitty Gritty of Gunfire Reborn

The game moves fast and is a blast. Each stage and level is fairly short and moves at lightning speed. It’s a jump, move, run, and maneuver type of game. Projectiles move slowly enough that if you move quickly, you can get past them and behind cover to save your life. Movement isn’t required. You can just hide behind the cover and take potshots with a few of the stages and enemies. However, enemies who like melee will aggro you all day.

Playing smart and conservatively can be satisfying and a valid strategy. However, moving, jumping and shooting are a ton of fun. I love jumping, scoring headshot after headshot, and flying through levels that used to be a challenge.

A varied group of enemies is always attacking. Some have crossbows, others have guns, and some are animalistic creatures. Dodging grenades and spearmen as you activate powers and blast away with your shotgun is very satisfying. When you make it through a wave of enemies without taking a hit, you’ll feel incredibly satisfied.

The boss fights are huge, and they follow a pattern you’ll need to figure out and solve. It might take a time or two to figure out, but you can pick up on the patterns and attack styles easily enough.

You also get to unlock new characters with different abilities and play styles which spices things up. Your abilities are upgraded as you play, and you lose those abilities when you die. This gives you the option to fix and experiment with what works best for you.

The Weapons and Guns

The guns are all completely fictional and over the top, with varying abilities: shotguns, rifles, submachine guns, pistols, launchers, and more. We also get some ninja weapons like gloves, bows, and swords. The weapons really shine in Gunfire Reborn. They each handle differently and have different effects. They can be upgraded at certain vendors to improve their stats, and various inscriptions can improve stability, accuracy, and critical hit chance.

While it seems simple, the gameplay around the guns is complex. This complexity is admittedly not explained well, or ever. You just learn as you go, and that feels like the point of these roguelike games. Live, die, repeat, and be better the next go around. I don’t even have a favorite weapon because I just like experimenting with so many different weapon combinations and play styles.

I do prefer real guns, but they wouldn’t look great in such a cartoonish game. There is also no standard aim-down sight ability. That is locked to sniper rifles with scopes. It’s all reticle aiming. It’s not bad for this game, but I still like the ability to aim down the sights.

This simple-looking game seems to be fairly complicated. However, anyone can pick it up and play. To be fair, I never played a roguelike shooter and picked it right up and had a blast. The innocent design, lack of graphic violence, and language make this one of the better options for playing with kiddos. My son and I take turns regularly, and he’s already better than I am at it.

The title Gunfire Reborn means something. It is not your typical shooter, and it offered me the same amount of fun AAA shooters like Doom offer. It’s a crazy, fun game that allows you to experiment with a variety of play styles, weapons, and abilities. Mix in the varying levels, enemies, and boss battles, and you have one helluva awesome game. It’s very well made, and even if you don’t have Game Pass, it’s a fairly cheap game. 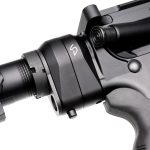 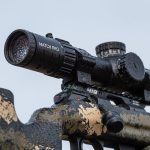