Hunting USA > Blog > Gun Reviews > H&K MP5 Magazine Comparison — Which One is the Best for YOU?

If you’ve followed GunMag Warehouse for any length of time, you’ve seen Jeremy. He’s in many of the videos on GunMag social channels, and when you combine his exuberant personality with blasters…well, he’s just fun to watch. Today, we’re going to watch Jeremy test out three magazines with one of his favorite guns on the planet, the H&K MP5. It’s highly probable that the MP5 is a favorite for lots of folks. It’s an icon, the world over.

So, let’s get right down to it. The three magazines he is testing are:

The ETS polymer magazine gets some points for style, but ultimately that’s not very important. Reliability is the biggest factor Jeremy is looking for, and he’s thinking that the H&K factory mag should win out over the other two. However, he expects the results to speak for themselves.

To test the mags, Jeremy plans to shoot a few rounds in single-fire and then switch over to full auto for a mag dump. Oh, and by the way, Jeremy is wrong-handed, so you’ll see a lot of that. Don’t like it? Leave a comment!

This is a Turkish magazine made for the AP5, an MP5 clone.

The Century Arms mag has a couple of hiccups with a failure to fire after a few single shots. Also, it fails to feed the last two rounds of full auto.

The ETS magazine is the only polymer magazine that Jeremy uses for this test.

The ETS mag doesn’t have any problem with either the single shots or with the full auto mag dump.

This is a factory replacement magazine for the MP5. It’s made in Germany, with German engineering and precision.

As Jeremy expected, HK magazine performs like a champ. No issues whatsoever.

Which Magazine is Best?

Jeremy says he could use all of them, potentially, but he’d probably go with either the ETS or the HK mag. Unfortunately, Jeremy is unable to test the KCI mag because it was out of stock at the time of this filming. Too bad, because it would have been interesting to see how it compares to the others.

Of course, he says the best part of all of this was shooting the MP5 in fully automatic mode. Since customers ask all the time about the different products available at GunMag Warehouse, Jeremy and the rest of the GunMag crew plan to keep doing tests and comparisons like this one to showcase the products. Be sure and check out the ones already posted on the GunMag Warehouse YouTube channel.

Watch the video and leave us a comment. What other products would you like to see Jeremy test? 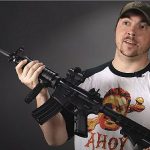 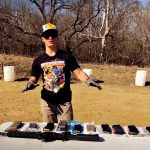