Long has been the plight of shooters searching for an adequate holster for their suppressed handguns. When a holster is found that works for one pistol, it doesn’t necessarily work for another. Enter the HUSH Holster, which stands for Holster Universal Suppressed Handgun.

The ingenious design of the HUSH Holster works best with suppressed handguns but can be used on unsuppressed pistols as well. Employing the TLR1 weapon light and rail to lock the handgun in place, it would be difficult to find a gun with a rail that can’t be used with the HUSH Holster, whether it’s a Glock, FN, HK or Steyr. The holster holds the pistol securely and safely with an easy locking mechanism that can be disengaged for a quick draw.

According to HUSH, the holster has a locking system that interacts with the weapon mounted flashlight and disengages with a finger sweep back away from the trigger. The backward motion of the finger sweep helps avoid confusion when drawing the weapon. The system automatically reengages when the pistol is inserted back into the holster.

The system has undergone extensive testing and is said to perform even under extreme conditions so the end user can use the holster with confidence knowing the pistol won’t fall out or release itself.

The holster has two different models, one is constructed from lightweight carbon fiber-infused Nylon while the other is made from Multi Jet Fusion (MJF) Additive Technologies combined with Vapor fusing, or Nylon 12. Both holster options come in either a right-hand or left-hand draw option for all shooters.

Currently, the holster is available in Black, but other colors will be released in the future. According to reports, the holster comes from HUSH with an OWB (outside the waistband) belt-loop style mount that will work on most standard belt widths (1.5”-2.25”), with adapters available for wider belts. The Carbon Fiber holster has a price tag of $99 while the HUSH MJF has a price tag of $120. 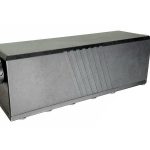 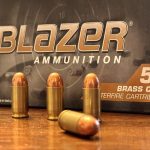