The HRT Tactical RAC Plate Carrier, which I reviewed has been my go-to ever since I got it. The guys at HRT Tactical invited me over to their booth 70842 (which is inside Battle Arms) in the new Ceasars Forum at SHOT Show 2022. If you’re here, head over to the new building and check out all the companies that showed up to SHOT Show this year.

Chris at HRT Tactical introduced me to their upcoming LBAC Plate Carrier, which stands for Load Bearing Adaptable Carrier. As Chris puts it, it’s the RAC on steroids and after he went over all the features, I have to agree. 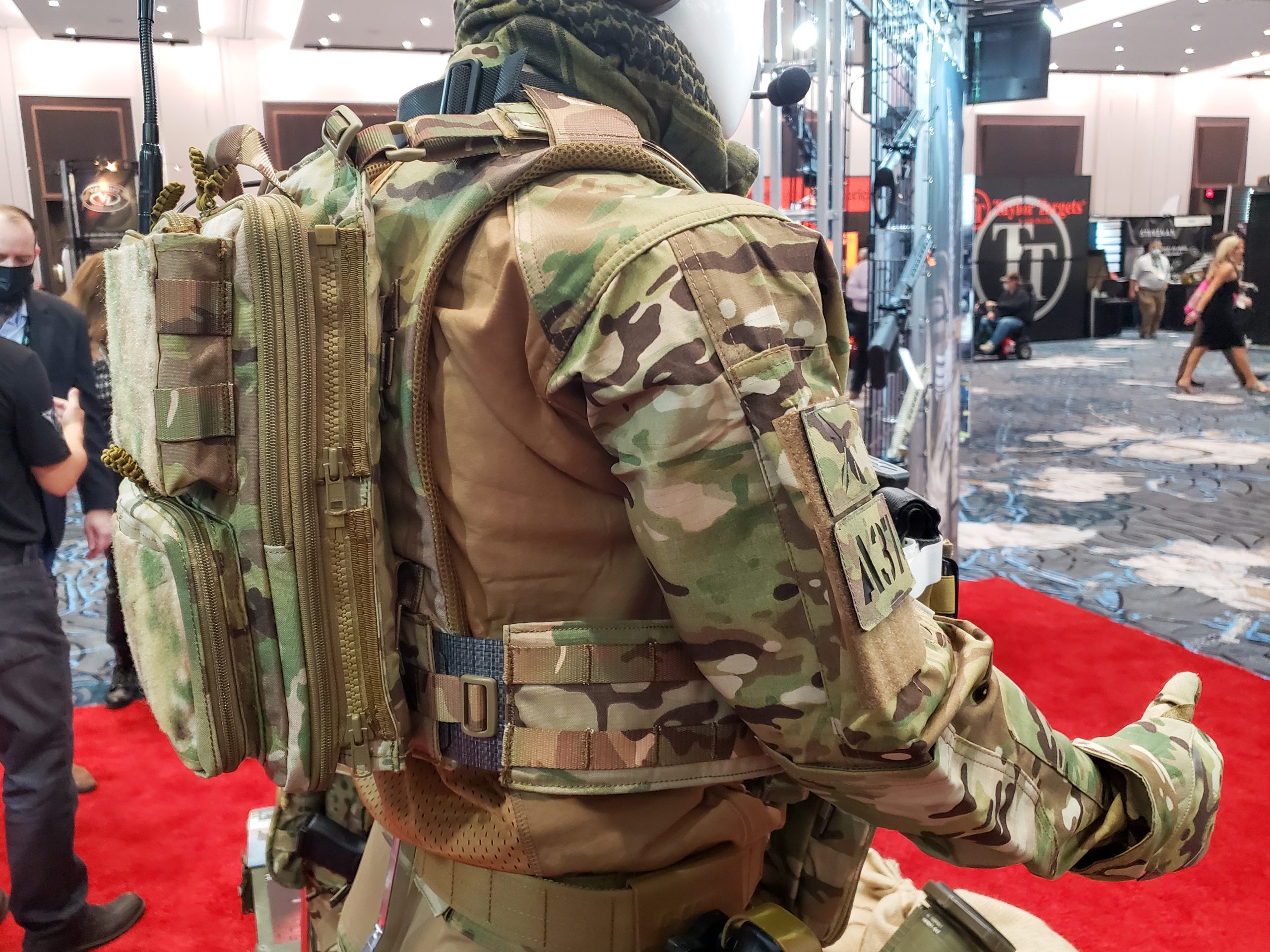 Going from the top to the bottom, the shoulder straps are redesigned. They’re thinner, wider, have an aerated system to help keep it cool, and are now Quick Attach/Detach with rock buckles. The shoulder straps continue all the way down to the back and create a natural airflow channel in the middle. 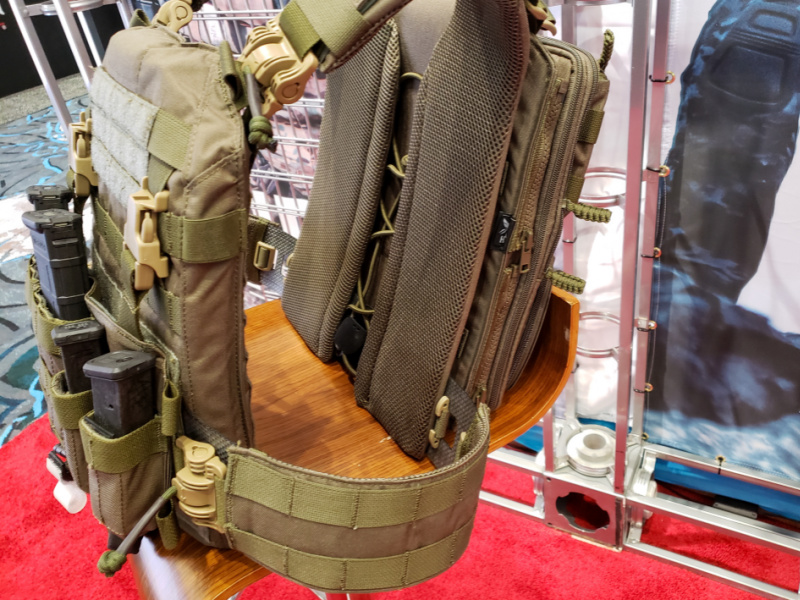 Onto the backside, there is the multi zipper panel just like on the RAC, so it will accept half and full back panels that are already available. The plate bag can be removed from the shoulder straps for cleaning if needed.

The Cummerbunds have rigid inserts that connect via molle towards the rear and upfront they go into a sleeve to add stability. They too have rock buckles for quick release. So that’s four points of quick detach/attach, which is nice.

The front of the LBAC works with all current Placard systems that HRT Tactical offers. They’re telling me a conditional second-quarter release. 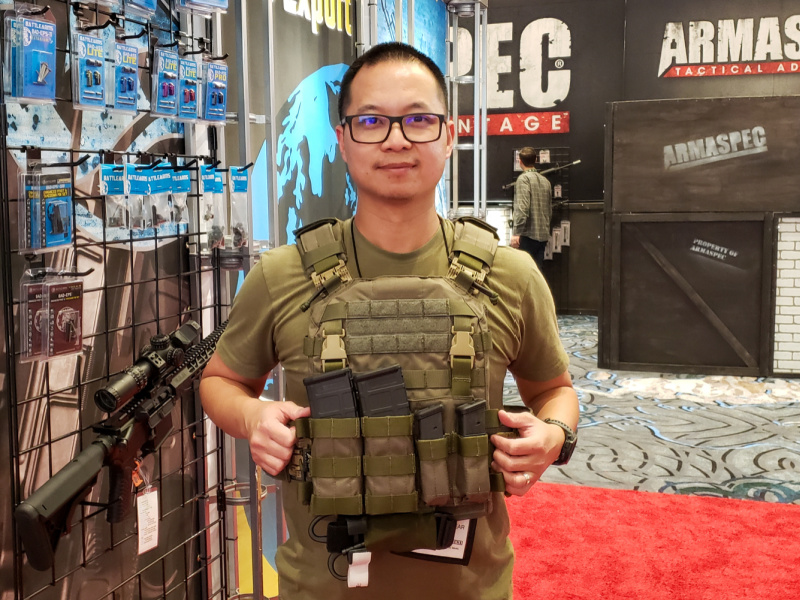