Liberty Ammunition, the Florida-based ammunition company, has announced its new OverWatch line, made at the request of a government agency. According to Liberty, the OverWatch line will include law enforcement/Government agency calibers as well as personal defense calibers.

Liberty Ammunition reports that the .45 ACP option will have a bullet weight of 105gr and a velocity of 1600 FPS. No word on the ballistic information for the other coming rounds but more information will be released at the upcoming SHOT Show.

Ramey added “OverWatch will have all calibers for law enforcement/government agencies and core self-defense calibers for the civilian market. OverWatch will be available through our distributor network and begin shipping immediately after SHOT Show…”

Liberty Ammunition states that they are committed to being the leader in the self-defense ammunition realm. Their goal is to provide ammunition that has higher terminal velocity, travels at higher speeds to create hydrostatic shock (also known as terminal performance), and is lighter to carry than other brands. 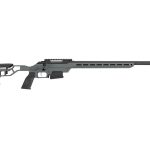 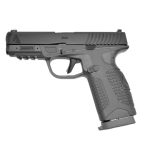