The DSX-D Duty Suppressor System from Maxim Defense was built to optimize quiet performance in a suppressed weapon system. It provides superior direct thread suppression to weapons chambered in 5.56, 7.62, and 6.5 Creedmoor.

Duty is built for the world’s most rigorous demands, according to Maxim. This suppressor is designed to be the most robust and strongest suppressor in the category. It has been repeatedly tested with SOCOM tables across various calibers and barrel lengths, down to 8.5″ 5.56 NATO with M855 ball ammunition. It has survived with no damage or significant changes in sound reduction.

The DSX-D Duty Suppressor was explicitly designed to minimize the violent cyclic rate and gas blowback of a suppressed weapon system like the AR15.

The DSX-D increased reliability and longevity with the host firearms, thanks in large part to low gas blowback and low gain in the host weapon cyclic rate compared to other more traditional suppressor designs. The suppressor also decreases flash and recoil while increasing accuracy.

According to Maxim Defense, the suppressor drops sound to well below hearing safe levels, with specific reduction amounts contingent on the weapon configuration, ammunition used, barrel length, and weather conditions. An example of one such reading is the average measurement per MILSTD-1474D of 134dB on a 10.3″ AR-15 chambered in 5.56 measured at the shooter’s left ear.

The DSX-D is fully and easily serviceable by the end-user and comes apart using common tools. Additionally, the core is designed to include carbon cutters to aid in tube cleaning. 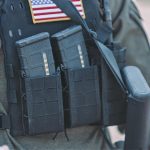 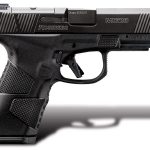