If you’ve ever fumbled to reach the controls on your handle or had trouble with a sticky release or lever, you’ve probably considered replacing them with aftermarket parts. There are a great many aftermarket accessories available, but they’re not created equally. Tyrant CNC stands out as a company with numerous carefully designed parts made to upgrade your guns, and if you have a Sig Sauer P365, they have a great product for you. Their Sig Sauer P365 Extended Magazine Release is made to make running your gun smoother and simpler, and it’s easy to install, too.

According to Tyrant Designs CNC, there’s no need to look any further than their Sig Sauer P365 Extended Magazine Release. The part is carefully molded from steel for superior durability and resistance to wear; this is a mag release that’s made to hold up to heavy use. Tyrant designed it as a simple drop-in replacement for the factory release on all P365 platforms. Yes, it’s compatible with them all, including the P365 Macro, P365 Spectre, P365 Spectre Comp, P365x, and P365XL.

This magazine release is made to merge well with the existing ergonomics and style of the Sig P365 handgun. It has a raised 3mm control surface with deep serrations with rounded edges, making the release easier to feel and simpler to operate. This release has ambidextrous functionality, which is a vital feature. In addition, the profile of the release is raised somewhat with chamfered edges, meaning you can eject your P365 magazine quickly.

Tyrant states that the fit, finish, and overall quality of this release is nothing but the best. Installation doesn’t require a gunsmith or any special tools. It takes only seconds to install it yourself. And, of course, the release is specifically engineered for easy fitment inside P365 grip modules. The release is meant to add the ideal amount of texture and surface area to your magazine release to facilitate faster reloads and easier overall operation. 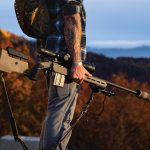 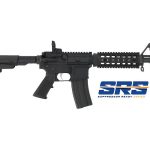