The AK-47 platform doesn’t always get the credit it’s due for reliability and longevity, and perhaps it also doesn’t get its share of aftermarket parts. Enter companies like XTech Tactical that make AK-47 parts created to make your AK-47 more versatile and even tougher than before. The latest product from XTech Tactical is their Gen 2 MAG47 line that includes a trio of new magazines made for superior performance in your AK-47 platform rifle.

“The MAG47 MIL is the strongest US Made Rifle magazine ever made. The MAG47 MIL was developed in response to a consumer torture testt completed at the request of XTech Tactical. We asked consumers to compare its strength to the legendary Bulgarian and Russian military issue options. Our new upgraded version of the MAG47 MIL has improved tread for better grip, reduced overall thickness of 0.065″ for better fit in pouches and updated follower for improved compatibility with all AKs.”‘

“A stainless steel cage reinforces the locking lugs and the feed lips where strength is mission critical. This magazine holds 30 rounds of 7.62 x 39 ammunition and feeds it flawlessly. …The testing has been very extensive firing 20,000 plus rounds. The MAG47 has proven to be extremely reliable. We also worked extensively with manufacturers to make certain this magazine fit into every rifle we could get our hands on. The MAG47 lives up to the renowned reliability of the AK47 platform.” 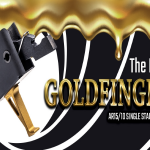 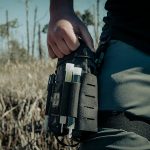