There are numerous options in the market for pistol-caliber carbines. Options upon options to choose from. But a big question remains on whether the PCC is practical or practically useless. John and Paul at Warrior Poet Society [YouTube channel] did some shooting of pistol caliber carbines and worked up a pro and cons list to help folks make up their minds.

John and Paul took four different PCCs out to the range and shot them and gave their review. Paul is the first to admit that he does not actually own any PCCs and doesn’t see the need for them.

The 4 PCCs they shot were:

John notes that although they called those rifles PCCs, they are technically PCFs, or pistol caliber firearms because the barrel lengths are shorter than the 16” barrel length of PCCs. Both guys agree that shooting them is a good time and fun to do.

The guys state that when it comes down to the pros and cons of the PCC, there are more pros than cons. However, the cons they have are pretty big ones. With the weight of the cons taken into account, they outweighed the pros.

Points for the PCC

John points out that the PCC shot faster and more accurately than the handgun, but you can’t compare a rifle to a pistol because it’s not an apple-to-apple comparison. The rifle is better performing than his handgun though.

The next pro they discuss is that they like the compatibility between calibers as far as ammunition is concerned. Specifically, the Banshee and the PC Charger run on Glock mags so they can use those magazines in both their handguns as well as in the PCC. The other two PCCs have proprietary magazines, unfortunately so that is a small drawback.

John states that generally, 9mm ammunition is less expensive and cheaper to find than rifle ammunition. As time goes on, that could change but as of the time of this video, 9mm is easier to obtain.

The next pro they discuss is that because there was less report with the PCC, you could use the firearm to train new shooters, and it is easier to suppress. The kick of a 9mm PCC allows for a new shooter to get used to shooting easier and when compared to a 5.56 rifle, the 9mm is extremely easy to suppress. The rifle wouldn’t need any adjustments to timing or the like to make it run with a suppressor. John does say that he would prefer a 300BLK with subsonic ammunition over a PCC, especially for the size.

The last pro for the guys is that it is safer to shoot steel and you can be closer to the target. This is especially handy at indoor ranges that don’t allow for rifle calibers, one could use a PCC for drills if necessary. The offset for shooting steel is a lot less than with a typical rifle caliber so the overall space required is less.

The guys go on to talk about the cons of a PCC. The main overarching reason Paul doesn’t like the PCC is that it’s a rifle that eats pistol ammo. For him, if you’re going to shoot a rifle, why not get the perks of using the rifle caliber ammunition, such as stopping power and distance. He feels strongly that pistol calibers are far less “”killy” than a rifle caliber.  For both guys, the PCC is a solution seeking a problem. John likens the PCC to taking a jet engine and putting it in a Fiat frame.

Furthermore, the guys note that PCCs have a much smaller range than a typical rifle caliber. The PCC cannot shoot things at distance and are not as accurate at distances as a typical rifle is. Paul states that while they are fun to play with, they do not have a serious application in that regard.

Another drawback is that PCC rounds do not defeat body armor. Or even soft armor for that matter, thanks to the low terminal ballistic of the round at distance. They do mention that 5.7 from a P90 is not included in the PCC conversation.

The final strike against pistol caliber carbines is that they are not as reliable, in their experience, when compared to a typical rifle. They both experienced issues on the range, nothing major, but enough issues to make Paul nervous about the platform itself.

While reviewers of the video stated that they like PCC for home defense, both Paul and John agree that for them, it isn’t a serious contender for typical use. They say it is fun to run and is a neat toy, but Paul says he wouldn’t fill the last spot in his gun safe with one. They reiterat that the PCC has no stopping power and cannot fire at distance. John finishes out the conversation by saying that if you had all the guns you wanted, and were looking for something for a new shooter, a PCC would be a good fun option.

What do you think? Is a PCC something you’d rely on for personal defense? Sound off in the comments. 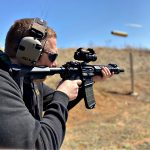 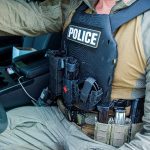