The Radical Defense M2FVS suppressor offers sound, thermal, and flash mitigation along with a reduction in ground disturbance. It’s a 3D-printed monolithic design incorporating their forward venting mono-core design. The internal Venturi and Breathable Technology ports reduce back pressure and bring cool air through the suppressor.

The biggest thing about this .50 can is that it is designed to directly thread to a mil std M2A1 without modifying the barrel or recoil system. They are currently conducting endurance testing to RFI W15BW9-22-X-JKTH standard which is 50 rounds in cadence and 50 rounds full auto sustained then cool to ambient and repeat.

According to reports, the M2FVS is doing very well but they aren’t ready to announce how many cycles they’ve completed so far. This video shows the FVS line of suppressors in action which covers from 5.56 to .50. 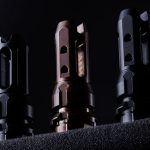 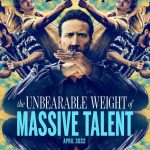