If there’s one product that’s made a huge leap from “rarely seen” to “enormously popular” — it’s the pistol red dot sight. It used to be you would sometimes see them in classes, but they were really more for competition shooters and handgun hunters. Now it’s not just normal to see them on the firing line, it’s common to see them mounted to people’s EDC (EveryDay Carry) guns and used for everything imaginable. In this video review, SuperSetCA takes a look at the Holosun 509T RDS (red dot sight).

Over the years, Holosun has gotten far better brand recognition and made a name for themselves for reasonably priced sights that perform well (always a good thing). In 2020, Holosun launched the 509T. It is a reflex sight with a titanium housing, making it more durable, and what they claim is a battery life of up to 50,000 hours. Various features include a multi-reticle system, Solar Failsafe, and Shake Awake, the latter of which is very nice to have on a carry gun. The RDS ships with an RMR adaptor — because we all know how many RMR-footprints there are on the pistol and RDS market — and uses a CR1632 battery.

How do the 509T’s profile and features compare to the older 508T features?

Paul of SuperSetCA goes into some details:

“However, construction-wise, it’s the same as the 508T in that the battery tray is the same, the solar panel on top is the same. But, on the left side, the brightness controls…they’ve changed a little bit, post-Trijicon, but we’ll talk about that more [later]. And height-wise, like the 508T, it’s a little bit taller…like the Vortex Venom or one of the SwampFox [ones]…but you still shouldn’t have any trouble fitting it to any outside the waistband holsters.

“…weight-wise, I really think it’s surprising, even with the added glass panel and some additional titanium at the top it’s very close in weight, still, to the 508T. …even though it looks like it’s big…you really don’t feel it when you’re swinging your hand around.”

Check out the video to see what else Paul has to say about the Holosun 509T:

Why do you want a Red Dot Sight?

There are quite a few good reasons to get some trigger time with an RDS like the Holosun 509T. Yes, it’s a new operating platform to get used to, but it’s a lot easier than you might believe. Reasons to mount a red dot sight to your carry gun include:

If you can’t decide whether or not to try one out, I definitely encourage you to give one a shot (pun intended). In the meantime, watch this SuperSetCA review of the popular Holosun 509T.

Do you use red dots on your carry guns? Why or why not? Tell us in the comments below. 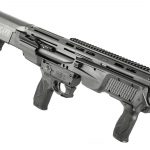 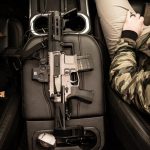