Firearms storage is one of the less-exciting topics that’s vitally important to address. It may not be as exciting as the latest Blaster 3300 or solar-powered eye pro, but it’s something that must be considered. If you own firearms, you either own or need to own a safe (or two, or three). But if your safe or safes are all the massive, upright kind, how fast you can really get at your home defense gun? Do you have a setup that allows you to keep your handgun out of unauthorized hands while remaining accessible to you? The SnapSafe Two-Gun Keypad Vault addresses that problem, making it possible to safely store your home defense handgun without making it impossibly slow to get to it.

What is the SnapSafe Two-Gun Keypad Vault?

The SnapSafe Two-Gun Keypad Vault is pretty much what it sounds like: A safe large enough for two handguns (or one handgun and some ammo). It’s small enough to fit into tight spaces such as under a desk or bed but big enough to get your hand into it without a struggle. It’s possible to utilize this safe for long-term or short-term storage, and we’re going to tell you how.

This is a basic safe with redundant locks. It’s made from 16-gauge steel, which is 1.6mm thick. This type of steel is an A36 mild carbon steel alloy that’s regularly used for structural work. It has a minimum yield of 36,000 psi and tensile strength between 58,000 and 80,000 psi. Basically, that means it’s strong enough to withstand a beating, but given enough time, you’re going to get through it. That doesn’t translate to this safe being a poor choice by any means, just that measures should be taken to use it correctly.

Features of this safe include a programmable keypad that can use a four to six-digit code, a tubular round key backup, and a spring-loaded door. There’s also a removable inner shelf that can be used to hold another gun or other objects. A protective foam liner on the interior of the safe helps protect guns from scrapes and minor damage. This safe is recognized by the California Department of Justice as an approved Firearm Storage Device (FSD).

How big is the safe?

How do you use the safe?

It’s possible to utilize the SnapSafe in various ways. The safe can be used for temporary storage on a bookshelf or pushed under a table, counter, or desk. If you use it in this way it’s important to remember how easy it is for someone to simply pick it up and walk off with it. That makes this type of use a good idea only if you are present and keeping an eye on it. Some gun owners use the safe this way to keep their gun locked up while they’re sitting at their desk or in their living room watching television. It’s certainly a great method for keeping hands off your gun when you’re still in the area.

If you intend to leave firearms in this safe longer term, you’ll want to bolt it down. SnapSafe makes this possible thanks to pre-drilled holes in the base of the safe. Sturdy bolts can be used to attach the safe to the floor, and it’s highly recommended. If the safe is literally bolted down, no one’s going to wander off with it (and its contents). Many gun owners choose to use it this way for long-term storage of their preferred home defense handgun. They might bolt it down in a closet or even under an end table. Your storage options broaden quite a bit when the safe is securely attached to the floor.

How does the safe work?

To use the safe to store your handguns, program it. The safe comes with a manual that’s easy to follow; programming takes seconds. The keypad runs on four AA batteries, which are not included. Take care to choose a numeric code sequence someone else won’t readily think of. That means no birthdays, holidays, or overly simplistic things like 1234. Of course, it also needs to be something you can remember under pressure. To that end, we suggest practicing opening the safe until it becomes second nature. That means pressing the keypad from whatever angle you’d be accessing it, whether that’s reaching down from the bed or around a corner under an end table or desk. Ideally, you won’t need to hunker down and stare at the safe while you’re opening it.

The backup key comes in handy and should be stored in a location where it cannot be easily found. That means storing it right next to the safe is a no-go, as is hanging it from a hook you keep specifically for key storage. Be creative, but don’t make it impossible.

This safe has a door that’s constantly under spring-loaded pressure. That means when you activate it through the keypad or key, the door pops open. There’s no pulling it down or fussing with it. It also allows the safe to have a sleeker construction with hidden seams to make it pry-resistant. Hinges are similarly recessed to prevent someone from breaking in.

Is the safe fireproof?

No, this safe is not fireproof. Frankly, the heat generated by a house fire will do damage to the contents of most safes. Some just take longer than others. That doesn’t mean it isn’t a good idea to get your hands on a fire-resistant safe, just that it’s wise to be realistic about its limitations.

How many guns does it hold?

SnapSafe designed this model to fit two handguns, one per ledge. It’s certainly possible to cram more in there, but once you do that it’s not possible to safely remove a single gun without a struggle. We suggest sticking to two handguns total, although we like to put one handgun on the bottom and store ammo and spare, loaded magazines on the shelf. By doing that it’s a lot easier to draw your defensive handgun and also snag a spare mag if need be. That brings up an interesting point: If the same isn’t bolted down, the rush to get your gun can involve everything getting knocked around. Bolting it down means drawing the gun is a much smoother, faster process.

Should I get a SnapSafe Two-Gun Keypad Vault?

Speaking from personal experience and the use of more safes than can be counted, I’d say yes. As long as you use this safe correctly, it’s a great option for locking up the gun you want on hand to defend your home. And because you can fit two guns, you can use it for your main gun and a backup or for both yours and your other half’s main guns. SnapSafe makes good quality safes, and this keypad vault is yet another example of their reliable functionality. Remember, it’s your responsibility to safely store your firearms, and that is likely to mean having more than one safe. 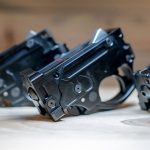 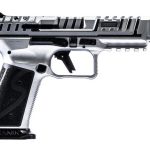