In some concealed carry circles, revolvers have been given a bad rap. Due to their limited capacity and the fact that they are, indeed, an older platform, many gun owners don’t see revolvers as their go-to for defensive purposes. Rossi is aiming to change that with their return to the revolver market. For 2023 they’re launching not one but three revolvers: the RP63, RM66, and RM64. Interested? You probably should be.

Rossi states they designed these revolvers to bring back the classic, timeless features from the company’s history while including modern manufacturing techniques. These revolvers might have a classic look, but their function is fantastically modern.

The first revolver to be released by Rossi is the RP63, the gun the company hopes will be your next carry gun. This is a stainless-steel revolver with a 3.0-inch barrel that’s chambered in 357 Magnum, which of course means you can also run 38 Special through it.

The RP63 is a solid option for home defense use but also fits the bill for everyday carry. It features a rounded grip frame to reduce printing when concealed and has a six-round capacity. The factory sights are fixed which is a wise design feature for a carry gun such as this and the front sight is ramped to reduce the risk of snagging on the draw stroke. The firing pin is mounted on the hammer, which is a long-time feature of Rossi revolvers. A match-grade trigger makes the gun a pleasure to shoot and enhances accuracy.

Next up is the RM66. This is another six-shot revolver, but it has a 6.0-inch barrel. Like the RP63 this gun has a fantastic trigger. However, the RM66 has adjustable sights.

This is a revolver created by Rossi to be ideal for range day, ranch work, or revolver competition shooting. Hunting is something else this gun is likely to excel at. It’s also a 357 Magnum, and thanks to its barrel length and overall design, it’ll give you good ballistic results. This gun is also made with stainless steel but it has a square butt configuration for the purpose of making it easier to run with full-power magnums.

Later in 2023, Rossi will launch their 4.0 inch “do everything” revolver, the RM64. This 4-inch medium-frame revolver chambered in 357 Magnum is right in the sweet spot for size, making it an optimal choice for a multi-purpose gun.

The RM64 will be great for concealed carry, field use, hunting, home defense, or even shooting IDPA. It, too, has a match-grade trigger and the same adjustable sights as the larger RM66. 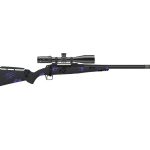 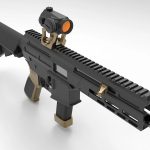