If you’re a fan of 22 LR, you likely understand its incredible versatility. 22 LR is fantastic for instructing new shooters, fun for plinking, and useful for hunting varmints. Of course, just like with any ammunition, all 22 LR is not created equally. For shooters preferring suppressed 22 LR, Browning has SUB22, a round meant specifically for use with suppressors. Browning SUB22 is good for everything from shooting cans to hunting varmints, and all at a quieter decibel level.

Browning says this brand-new round is made for target shooters and small game hunters who run their 22 LRs with suppressors. The use of Browning SUB22 ammunition improves the overall reliability of semi-automatic pistols more quietly than standard 22 LR, meaning greater hearing protection and less risk of frightening game from an area. SUB22 ammunition features a 45-grain lead round nose bullet the manufacturer reports produces a muzzle velocity of 1060 feet per second.

Features of Browning SUB22 include:

Whatever the purpose, SUB22 is a great option for protecting your hearing and reducing both barrel and suppressor fouling. Browning has a solid reputation for manufacturing quality ammunition and SUB22 promises to be a fantastic subsonic 22LR round.

MSRP for Browning SUB22 is not known at this time but dealers have it listed for around $12.99 per box. 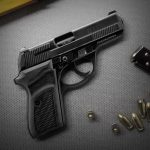 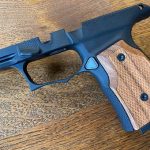