Gemtech, the company considered by many to be a leader in innovation and visionary designs, is launching the Abyss 5.56 suppressor and the Neutron 7.62 suppressor. That’s right, whether you prefer the AR-15 or the AR-10, there’s a new suppressor for you.

According to the manufacturer, the incredible durability of the Abyss sets the standard for heavy use. The Abyss is built for superior performance using five of Gemtech’s patent-pending technologies. Its many design features allow rounds to be fired while gasses from those rounds expand into the baffle spaces, which in turn lowers pressure. By lowering pressure, things like muzzle flash are minimized, and decibels are significantly reduced.

The Abyss is made to lessen back pressure by pushing the gasses created by live fire forward, meaning there’s less coming back at the shooter. This suppressor is constructed from stainless steel and titanium components and made with increased wall thickness. It’s easily mounted to barrels with direct thread or by using Gemtech’s proprietary flash hider, the ETM (Elite Taper Mount). Gemtech says the Abyss is fully rated for short barrels and full-auto operation.

The Gemtech 7.62 Neutron utilizes four of the company’s patent-pending technologies. As its name suggests, it’s compatible with 300 Win Mag. This is a 6.6-inch suppressor that’s tough enough to handle full-auto. It’s also light enough not to throw off the balance of your gun or to add unnecessary bulk. The Neutron is compatible with HUB 1.375-24 thread standards and a variety of mounting hardware. For simplicity, it ships with Gemtech’s ETM for precise alignment and resistance to carbon lock. The Neutron has a tubeless construction to eliminate unneeded weight and a high-efficiency baffle design for stellar noise reduction.

If you’re a dedicated suppressor shooter, or just want to get into it in the best way possible, check out the Gemtech GVAC Upper Receiver Group. The GVAC is specifically designed for suppressed use to give you better results on target.

According to the manufacturer, the barrel and gas system of this upper reduce blowback and mitigate felt recoil. This, in turn, makes shooting suppressed more comfortable and creates more accurate results down range. The upper’s newly designed 16.1-inch barrel profile also transfers weight back toward the shooter for greater control.

The GVAC is fitted for Gemtech’s proprietary flash hider, the ETM. Features of the GVAC include a self-regulating Direct-Impingement system with an additional chamber for the purpose of collecting and countering gasses produced during live fire. It has a 15-inch lightweight handguard with a Picatinny top rail and seven-sided M-LOK slots, making it easy to add aftermarket accessories as desired. 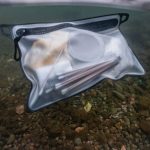 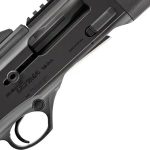