SilencerCo has expanded its multicaliber line-up with its low back-pressure suppressor, the Velos LBP. According to SilencerCo, the Velos LBP offers exceptional sound performance for the 5.56 caliber with minimized back pressure for the host weapon for less gas blow-back.

The Velos was constructed with a process that has a 3D-printed Inconel 625 core fully welded to 17-4 Stainless Steel front and rear modules. The construction helps make the Velos SilencerCo’s most durable suppressor, thanks in part to the patented Hoplon blast baffle. The baffle helps deflect any debris in the suppressor and increases the service life of the suppressor on short-barreled or full-auto firearms.

“Our goal was to bring the best balance of sound performance, strength, and reduced impact to the host firearm’s operating system. We’ve created a product that does just that. There is no compromising sound or flash performance with the Velos LBP. The inclusion of our Hoplon blast baffle design and no barrel restrictions confirms the Velos LBP will handle whatever you choose to throw at it. It’s the low back-pressure silencer your semi and fully automatic firearms have been waiting for.”

The Velos is rated for full-auto fire with no barrel restrictions, which is unique. To go along with the heat from the full-auto fire, the suppressor is finished in a V-Series Cerakote that can hold up against that heat. While the suppressor ships with the updated Internal Charlie flash hider front cap, it is compatible with any of the Charlie mounting accessories.

The Velos from SilencerCo weighs just over 15 ounces and adds less than 6” to the length of the host weapon, making it a great choice for any shooter. It ships with the Charlie flash hider front cap, a Charlie ASR mount, Charlie flash hider in 1/2×28, a spanner wrench, a Charlie tool, and a lifetime warranty. 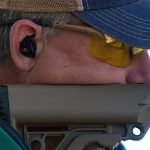 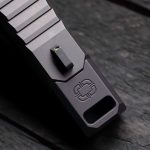