The Smith and Wesson CSX 9mm pistol will evidently be one of the new guns of 2022. A recent Reddit post caught and reported on by the Primer Peak blog contained a single photo of the new handgun. It was evidently a new product arriving at a local retailer and, given subsequent removal of social media posts (and a lack of comment from S&W) almost certainly a leak.

The post, appropriately entitled Look, it’s not another M&P! was made by u/RAMRODtheMASTER late in the day on 12/30/21 in the r/guns subreddit. In the text accompanying that post — which as of this writing is the only information available and so may not be completely accurate —  advised the following:

Trigger has a short travel but mildly stiff break. Trigger pull overall is not bad. The reset is atrocious though. False reset then real reset. Hope that wears out.

Haven’t shot it but it feels great in the hand as well as solid.

If this and available imagery is accurate, the CSX will be a Single Action Only (SAO) pistol without RDS accommodation or rail for a light. That said, we have just the one picture so far. There may very well be other models of CSX that do provide for a red dot sight, WML, or another accessory.

Speculation that it uses Shield Plus magazines from another Reddit user was answered with, “Different mags, I tried.”

If that’s correct, then the CSX will probably use proprietary magazines.

Smith & Wesson has yet to acknowledge the CSX (much less provide details) but it’s a pretty good bet they’ll do something at (or more likely before) SHOT Show 2022 now that it’s been leaked.

You can find their original article here: 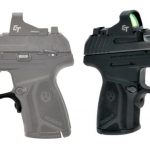 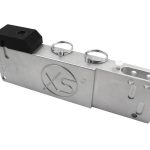