To be prepared in today’s unprecedented and challenging times you would be remiss in omitting either hard skills or soft skills from your proverbial tool kit.

Hard skills are those skills that require your physicality such as firearms, hand-to-hand combat, edged weapons defense, defensive driving, and the like. Hard skills by their very nature introduce a scale of injury and mandatory physical training.

If you plan on going toe-to-toe with one or more adversaries in a gunfight, knife fight, or old school knock-down, teeth slammed into a street curb fisticuffs, then you immediately raise your scale of injury.

At the lower end of the scale, you walk away from the fight without so much as a scratch. Although possible, it is highly unlikely. Next up on the scale of injury is a minor injury such as the need for a band-aid or ice for a bruise. Again, you can live with this but it’s still going to hurt, and most likely accompanying bloodshed.

The next level up on this same scale is a recoverable injury such as a broken arm or leg. Yes, you can recover from this at some point, maybe weeks or months down the road, but at that very moment, you are rendered combat ineffective and become a detriment to yourself and to those you may be trying to protect.

Advancing up the scale, the next level is a permanent injury such as loss of limb or an eye that cannot be repaired. Lastly is dead right there — sorry but nobody comes back. There is no return from these last two levels. The objective is to keep yourself and those with you at the lowest end of the scare.

All hard skills require formal training. Most people with zero firearms training and background believe that if they buy a gun or a knife for self-defense that they are magically protected from all harm. Nothing could be further from the truth. In fact, without proper training on safety, storage, carry and maintenance, you could very well end up hurting yourself. Contrary to popular belief we are not born into this world instinctively knowing how to shoot, fight with a knife, and drive.

All hard skills are perishable. Even after receiving professional instruction, you then need to maintain those skills. If you plan on using those skills to preserve life and limb then you’re probably going to want a high level of competency which means a higher level of commitment to your training. Regularly practicing your newly learned skills is the only way to stop hard skills erosion.

Soft skills are set at the exact opposite end of the survival spectrum from hard skills. Soft skills are those skills that do not require your physicality such as good situational awareness, threat recognition, verbal judo, and other such de-escalation techniques.

When planning a strategy or preparing tactics it’s important to know the difference between the two. Strategy describes the destination and how you’re going to get there. Tactics describe the specific actions you’re going to take along the way.

Odds are in your favor that you will most likely apply your soft skills prior to or in lieu of your hard skills.

Soft skills are inherently proactive measures. As with any real-world threat the bad guy always has the initiative at the beginning of any altercation. They determine the when, the where, and who they will target, what weapons will be used, and the like. You, on the other hand, are placed woefully behind the action-reaction power curve. Utilizing your soft skills to hear it, see it, smell it coming proactively places you closer to the front of the curve.

Active measures can be applied during an emerging threat such as two hoodlums following behind you on foot. Using your proactive measures, you observe that you are being tracked. Only after this can you then take active measures such as to walk across the street, and/ or change your pace to create space and buy yourself time.

In addition to the strategic application of threat avoidance, soft skills can also be used to gain a tactical advantage. Either you control the threat, or the threat controls you. Utilizing the granddaddy of all soft skills, situational awareness, you can gain control of your immediate environment visually, with audio using your senses and all with mental interaction. Relevant incoming information affords you educated decisions. 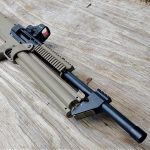 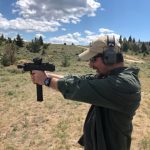