With SHOT Show 2023 winding down, one company has been getting some serious buzz with a few of its firearms. Stevens by Savage line of firearms got plenty of expansion, specifically the 334 rifles and the 560 shotguns. The Stevens by Savage line is built in Turkey under Savage’s steering, giving a wallet-friendly price point.

The Savage Stevens Model 334 is a centerfire bolt-action hunting rifle available in two different models and three calibers. Available in some of the more popular hunting calibers, the model 334 has a two-stage adjustable trigger along with a three-position safety and three-round drop-box magazine.

The Model 334 features a free-floating and button-rifled nonthreaded carbon steel barrel with an 11-degree target crown. The rifle also features a 60-degree bolt throw for faster cycling and better scope clearance. The matte black carbon steel receiver is drilled and tapped with the standard Savage 110 spacing with a steel Mil-Std 1913 Picatinny rail, leaving lots of options for aftermarket optics.

The Stevens Model 334 also has sling studs and a black rubber recoil pad that come standard. The Model 334 is available chambered in .243 Win, 6.5 Creedmoor, and .308 Win. Depending on which variant of the model is chosen, the barrel is either 20 or 22 inches long. With the caliber options, consumers can choose between a black synthetic stock or a Turkish walnut stock.

Joining the other Stevens shotguns in the bargain market is the Model 560 Field shotgun. This 12-gauge shotgun is a semi-auto that is also made in Turkey under Savage’s guidance.

The Model 560 is chambered in 3-inch and is gas-driven with a reported capability of handling both 2.75 and 3-inch shells. These shotguns feature a Turkish walnut stock and forend with a lightweight aluminum alloy receiver.

The Model 560 shotgun is available in two different variants, one with a 28” barrel while the other has a 26” barrel, with both hard chrome lined and a matte black finish. Both shotgun options have a 5+1 capacity load and standard trigger-guard safety. Outside the barrel is a ventilated rib that has a fiber optic front sight and a mid-bead rear sight to match.

The Model 560 shotguns come from the factory with three chokes (IC, IM, and F) and oversized controls. Either variant has the same price tag of $499.

Check out Savage and Stevens by Savage firearms at their SHOT Show 2023 booth #12821. 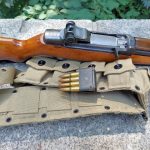