With the increase in firearms sales over the last year or so, it’s no surprise that tactical gear sales also increased, including plate carriers. So what does a SWAT plate carrier setup look like? Alex over at Iron Infidel dishes out some of his first-hand knowledge in regard to plates and plate carriers. He covers three plate carriers that he has used a lot.

Alex initially started out with the First Spear plate carrier, then went to the Crye JPC, and currently is using the featherweight UARM carrier. He’s quick to point out that all industry-leading plates and carriers are good and your choice boils down to your intended use and function needs.

Alex wants a carrier that is large enough to hold his necessary attachments (he covers those later) without being too cumbersome or intrusive to his movements. Obviously, your own needs will determine if you need one that’s bigger or lighter than what he currently uses.

With the UARM carrier, he actually received it as a sample a few months ago but has used it enough to give a good review. The only real aspect of the carrier that he didn’t try out was the heat signature reduction from the fabric. Regardless, he’s pretty happy with it. 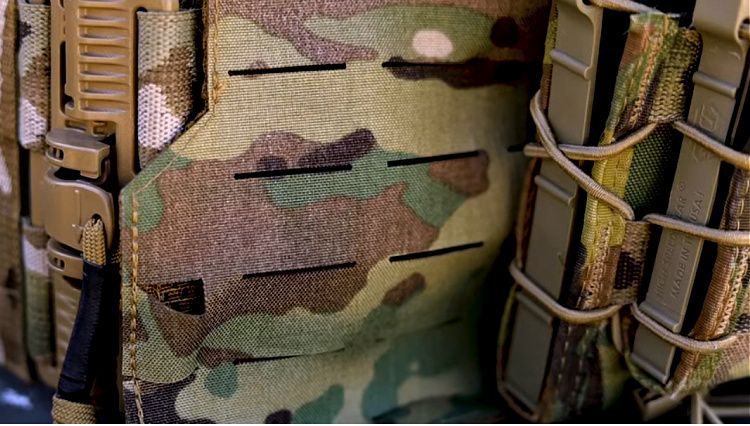 The UARM featherweight carrier is made of laser-cut Cordura fabric with NIR that is designed to help reduce the heat signature of the wearer.

Let’s get into the specifics of the carrier, shall we?

The UARM uses laser-cut Cordura fabric, similar to what you’ll find on the First Spear Strandhogg. The UARM website states that it has NIR, the near-infrared fabric to help reduce the heat signature of the wearer. On the bottom front of the carrier, there is no molle. They set it up that way so you can personalize the carrier for your needs — one carrier, different plates, and pouches.

The carrier has rock-tube detachments at the shoulders and cummerbund points. This is handy for the initial fitting of the carrier and for getting it on and off more quickly so you don’t have to worry about resizing. Alex states that he likes it better than Velcro closures for the ease of getting it off and on, especially in a circumstance of injury or incapacitation. 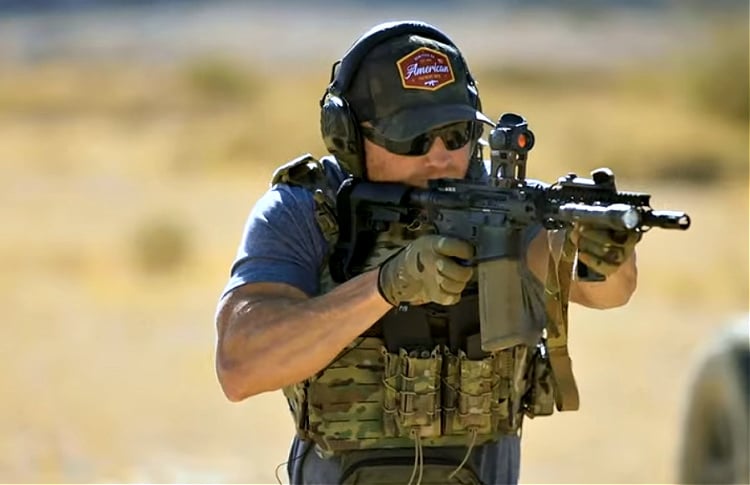 The thickness of the shoulder straps on the carrier is important. If the straps are too thick, they can actually inhibit your ability to properly shoulder your rifle.

The shoulder straps are thinner than other brands he’s seen. This is important because if you have too much padding at the shoulder it can mess with the shouldering of the rifle, pushing it off the shoulder pocket and reducing your ability to minimize the recoil of the rifle.

Clearly, the most important part of the carrier is the plates.

Alex uses the HESCO L210 plates that are single curve polyurethane plates, designed to stop most rounds. He does say that they are not Level 3 or 4 plates only in that they didn’t go through special testing to show they would stop an M80 round. According to him, the plates will stop green tip and other penetrating rounds, up to six rounds of 5.56 or 7.62.

He does stress the importance of proper plate placement within the carrier, covering the vital organs in your chest. You want your plates to be fitted properly to cover the area between your nipples and extend from your collar bone to your belly button. You also want to make sure your back plate is level with your front plate to ensure you’re using them correctly. 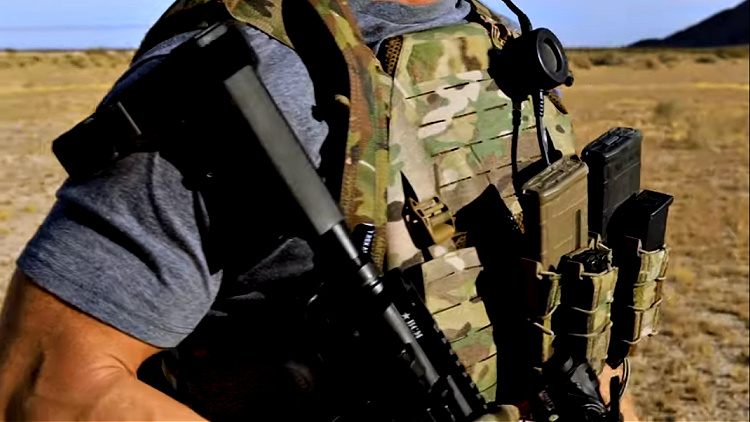 Alex from Iron Infidel uses HSGI double stack TACO pouches on all his rigs, but on this plate carrier setup, he pairs it with a push-to-talk that attaches to the cummerbund where his radio is located.

To round things out, Alex quickly goes through the accessories he has on his plate carrier setup. He uses HSGI double stack TACO pouches (never has a carrier without them). His side support shoulder has a push to talk with the cord running to the cummerbund that has his radio and handcuff pouches. The back of the carrier has a grab handle and Hailey Strategic flat-pack, that a buddy would have to access for him.

To recap, all industry-leading carriers are good, and you have to find one that fits your needs and test it. Don’t forget to properly place your plates in the carrier to cover your vital organs both from the front and the back. Finally, get the chest rig that fits your function and can accommodate all your needs, because the cool one you find in a video might be all wrong for you. 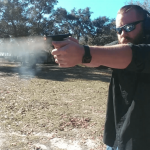