For the last two decades, Tactical Solutions has carved out a name and business for itself as the go-to for top-of-the-line .22lr and rimfire firearms and accessories. After years of testing and development, the XRT Trigger assembly for Ruger 10/22 and X-Ring rifles has arrived. The fully drop-in trigger assembly is manufactured with the highest level of craftsmanship that TacSol is known for. The XRT has an all-metal construction, including tool steel components, with side panels that are removable for easy cleaning and maintenance.

Straight from the packaging, the Tactical Solutions XRT trigger assembly has a 2.5-pound trigger pull, which depending on who you ask, is on the lighter end of the pull weight range meaning it requires less pull than other triggers on the market. The assembly also has key features such as a custom extended magazine release that allows the shooter to remove the magazine faster and easier.

According to TacSol, the assembly is easy to install, with only minor fitting issues with certain stocks. Rounding out the features for the XRT trigger assembly is an automatic bolt release, making it a small pullback on the bolt to get it to release as opposed to a button release.

The XRT trigger from TacSol is one of the more expensive options on the market when compared to options from Timney or the like, but with the TacSol name, it surely will be a solid option. End users can get the XRT trigger assembly drop-in for their own 10/22 rifles or buy the complete TacSol setup in the X-Ring rifle featuring the XRT. The XRT trigger assembly from Tactical Solutions has an MSRP of $459.00. 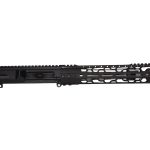 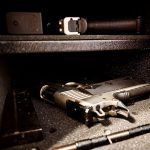