Who doesn’t love more capacity in their fighting rifle? Thirty rounds are the standard, but we’ve never been satisfied with the standard, right? The more rounds a gun holds, the less likely you’ll have to reload. For guns tasked with laying down sustaining fire, we turn to belts. Magazine-fed weapons are often enhanced by the presence of an extended magazine or a drum. The Beta C-Mag might be the biggest solution to the problem of needing more capacity.

The Beta C-Mag first saw life in 1987 when it received a patent for its rather unique design. The C in C-Mag stands for century. Get it? Century equals 100 years, and the drums hold 100 rounds. Clever, and admittedly, it rolls off the tongue. Since then, the Beta C-Mag has been a rather controversial drum magazine. In fact, hating on the C-Mag has been the only thing gun grabbers and freedom enthusiasts have had in common.

Gun grabbers hate freedom, and anything offering 100 rounds of ammunition on tap irks them, and to be fair, anything holding more than 1 round of ammunition irks them. At the other end of the spectrum, freedom enthusiasts, gun lovers, and soldiers dislike them because they don’t seem to be all that functional. Before we get into that, let’s talk a little bit more about the history and purpose of the C-Mag.

What’s The Purpose of the C-Mag

That’s easy, and not to sound like Tim Allen in the 90s, it’s for more power! Specifically, more firepower. The Beta C-MAG offered soldiers, police, or whoever a hundred rounds on tap. For soldiers, this allowed them to open up without the need to reload. In a firefight gaining fire, superiority can mean the difference between winning and gettin’ dead. Soldiers could use their rifles as quasi-suppressive weapons when a firefight kicks off.

The C-Mag is a drum design that actually uses two drums to accomplish the mighty task of holding 100 rounds of 5.56. The drum design also allows the user to get into a half-decent prone position without a giant jutting drum making it awkward.

The awkward design has earned it some rather vulgar names, such as the ‘titty’ mag and the ‘chode.’ I don’t partake in such uncouth terms, but they deserve to be mentioned as part of the gun’s history.

A History of the Beta C-Mag

Beta produced the magazine with military contracts in mind and approached big Army with their marvelous idea in the early 90s. The DOD and Spec Ops community tested the drums, and they reportedly failed pretty hard.

In 2001 the GWOT kicked off, and a reportedly new and improved Beta C-Mag came to be. Again it was offered to the Army, who was gearing up to go kick ass in Afghanistan. Well, at the time, stuff like this was getting snatched up left and right and taken overseas.

Soldiers were issued the C-Mag in both Afghanistan and Iraq from small unit orders. In the early days of the GWOT, linked ammo was reportedly scarce in the country. Units fell back to using full auto M4s and M16s and for fire suppression, and the C-Mag granted them the capacity to make do.

The Naval Surface Warfare Center – Crane Division procured and tested magazines, and well, they found that they still weren’t up to snuff. Based on this testing, USSOCOM sent out a stop order to prohibit the use of Beta C-Mags. As it happens, the message didn’t get down to everyone.

The Rapid Equipping Force was a program set up to get soldiers the gear they need in 180 days or less. It would test and evaluate products and see if they were suitable for combat conditions. They acquired some Beta C-Mag drums and conducted testing in Iraq. They found the drums unsuitable for combat and sent them back.

The drums hit the streets, and soldiers of the 82nd Airborne Division tested the drum in Kandahar under the supervision of a third-party consulting firm. They put the rifles through SAWs and M4s and quickly discovered they weren’t up to snuff.

After these numerous failures, the C-Mag drums in the wild were collected, and a policy letter was issued banning the use of the Beta C-Mag. After that, the Beta C-Mag didn’t see any action in the hills of Afghanistan or the streets of Iraq. The drum, like many drums before it, proved too finicky for military use.

Ultimately like a movie star, the drum looks good, but it necessarily needs to be good. Beta C-Mag drums are easy to find for sale, but be prepared to pay. They often retail for around 300 bucks. I’m not going to spend 300 bucks on a range toy I don’t trust.

But I will spend less than half that on the KCI Clone.

These are much more affordable and likely as reliable as an authentic C-Mag, according to the Army’s testing.

I loaded up my KCI clone, and man, a hundred rounds of 5.56 makes the gun quite hefty. I couldn’t get it to catch the mag catch fully loaded with the bolt closed. If you download two rounds or insert the drum with the bolt open, you’ll be good to go.

The weight and weird bulbous design make it much easier to use in a supported position, but it’s not impossible to fire from the standing unsupported.

I dumped a hundred rounds through the KCI C-Mag clone without issue, on a square range, on a nice day, and it worked fine. I didn’t torture test it for reliability, but for giggles, I trust it to feed fine enough.

If you can accept it as a range toy, the Beta C-Mag is perfectly fine. The KCI clone functions fine, and I bet the authentic models do too on a square, perfectly permissive range with brand-new out-of-the-box ammo.

The complicated nature of the C-Mag makes it more prone to failure, likely much ammo picky, and ultimately not a great option for serious use. It’s neat, but the only real drum that’s dependable enough for duty use seems to be the Magpul D-60 and D-50 series. While they might offer less ammo, they offer more bang for your buck. 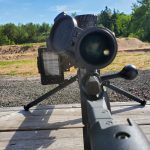 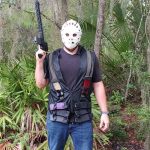