If you shoot firearms of any sort you have likely heard of places with magazine capacity restrictions like California, New York, a couple of other states, and of course Canada. Sadly, we all know these restrictions do not stop criminals and only satiate the uninformed. I mean, murder is illegal and that has yet to stop them. Restricted capacity options in AR-15 magazines, for a long time, have been a pinned magazine or a stubby ten rounder. Magwedge out of Canada came out with a coupler for the 10 round magazines years ago but not much has come out to fix the magazine-capacity-challenged amongst us until Cross Industries, (also from Canada), came along with the 10/10 Cross Mag.

The 10/10 Cross Mag was certainly not something that was rushed to the market. Cross Industries first started showing off the magazine in 2017 but it was not until several years later that they finally released the magazine to a lot of fanfare.

Now, just coupling two magazines together isn’t the craziest feat of all time. I mean, I have been doing it for ages with a bit of gun tape, but that eventually starts to break down and gets slightly slimy. However, the 10/10 Cross Mag is a polymer magazine that flips the script (or the magazine), in a bit of a different way than others have. The innovative magazine base allows the magazines to be separated into two stubby ten-round magazines. That isn’t all though, it also allows the magazines to be coupled into four separate configurations like this picture on Breach Bang Clear demonstrates. You get two versions of the curved magazine: one with the rounds of both magazines facing forward and one with the magazines facing front and aft.

This same thing can be said for the straight magazine configuration giving you both magazines facing forward and one with each facing opposite different directions. To couple or uncouple the magazines you give the magazine a solid twist and it pops apart. If you want to get all four variations of the magazine coupled together you will need to pop the base plate off of one of the magazines and turn it around.

How well does it work?

Enough about the magazine and how it looks, let’s move on to how it functions because who cares if it looks good? The Cross Industries 10/10 Cross Mag has been used in our Remington 7615. However, most of the rounds have been fired through our Maple Ridge Armory Renegade. Through my two ten-round magazines they have collectively fired around 800 rounds so far without a hitch. I will mention, however, that the cartridge overall length that these magazines support is a tad shorter than say a Magpul PMAG or a standard Aluminum AR-15 magazine. For instance, my 77gr HPBT Nosler loads gently skim the front inside of the magazine which could potentially cause feeding issues. I have yet to encounter this, however. If you reload on the longer end of rounds you may notice this issue.

The 10/10 Cross Mag is a very competent magazine for the states and countries that like to punish law-abiding gun owners with silly magazine capacity restrictions. We have seen time and time again that needless prohibitions and laws have ended up with the market creating innovative solutions to combat the shortcomings of the uninformed. They apparently even have magazines coming out for the AR-10 style of rifles and ones for 7.62x39mm AR-15’s which I am really excited about. For the price of around $40USD, you get two ten-round magazines with the appropriate base pads to couple them together. 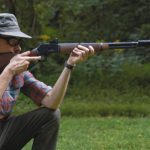 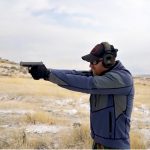