At SHOT, I was tasked with covering Mossberg’s new turkey shotgun. I’m a shotgun guy heck, I’m even a hunter, but I’m not a turkey hunter. I took the gig because it was adjacent to my interests, and I’m always willing to learn. When I stumbled across the Mossberg 940 Pro Turkey and observed its features, layout, and design, I realized it was more than a turkey gun. The Mossberg 940 Pro Turkey had all the makings of a tactical shotgun.

I was told that Mossberg had a tactical model on the way, but it wasn’t quite ready for SHOT. The tactical model, of course, came out, and when it did, it looked great, but I couldn’t get the Turkey model off my mind. I felt it might be a better gun than the Pro Tactical for tactical applications. Plus, the old-school camo finish captured my heart.

Into the Mossberg 940 Pro

Mossberg builds the king of pump-action shotguns, but semi-autos have been their main focus. The Mossberg 930 was a solid gun, and heck, I still enjoy shooting mine. It is a maintenance queen, though, and seemed to gum up fairly badly after a few hundred rounds. The Mossberg 940 Pro and JM Pro were designed to address some of the shortcomings of the 930.

Mossberg claims the guns can go 1,500 rounds between cleanings, which is quite nice. Additionally, they enlarged and knurled the charging handle and enlarged the bolt release. Mossberg trimmed out the loading port and relieved it for faster reloads. Three-gunners can rejoice at quad loading, and everyone else will enjoy the fact their thumbs won’t lose a chunk of flesh when speed reloading.

Both the Pro Turkey and Tactical models feature an implemented cut for mini red dot sights using the Shield RMSc footprint. The very best optic for this gun is the Holosun 507K. It packs the three reticle system that includes the eye-catching 32 MOA circle. Smart shotgunners will pattern their buckshot inside the 32 MOA circle to maximize pellet accountability.

The Mossberg 940 Pro series implement an ingenious idea in the form of the stock’s adjustable length of pull. You aren’t stuck with that 14.5-inch LOP because you can easily adjust the length of pull via a series of spacers. Shooters can also adjust the cast, and lefties will rejoice, especially with the vent rib of the Turkey model.

But it’s for turkeys!

Yeah, yeah, yeah, I know. Black is tactical. The Tactical does do some things better. Like, come with a +3 round magazine extension and an M-LOK clamp for accessories. However, I can get an M-LOK clamp and purchase any +3 mag extension for the Turkey model. That’s easy.

What I really like more about the Turkey model comes down to the barrel and sighting system. Mossberg likes to mount their bead sights directly to the barrel. This places them too low and makes it look like you are hitting high. The 940 Tactical features a high viz front sight mounted directly to the barrel. The Mossberg 940 JM Pro-Turkey features a vent rib and a massive high visibility front sight. Due to the vent rib, it’s mounted higher and has the correct POA/POI. Plus, the size makes it easier to co-witness with the red dot I’ve mounted.

There isn’t a huge difference between the two. However, the benefits of the Tactical model are easily replicated in the Turkey model, but not vice versa. I also think the low-profile nature of the Turkey gun can be beneficial. Darryl Bolke has talked about a Model 12 being a low-profile tactical shotgun that no anti-gun fanatic would feel threatened by. The Mossberg 940 Turkey Pro has that same appeal and low-profile nature.

It’s literally called a turkey gun, and it wears the same camo as grandpa! How can it be scary?

At the Range With the Mossberg 940 Pro

A big thing with semi-auto shotguns is reliability. The ole Mossberg 930 was reliable…until it got plenty dirty and then wasn’t. However, the Mossberg 940 Pro says it can last longer and run dirtier with its revamped gas system. I went to the range with a mix of birdshot and buckshot. Let it be noted that the Pro Turkey model comes with an XX-Full Turkey Tube choke, and they usually don’t play well with slugs.

It’s easy to replace with a cylinder bore choke, but I didn’t have one, so it’s just buck and bird today, which is fine because I don’t use slugs often. Anyway, with a wide mix of loads, I just went ham with the gun. I let lead fly, and the Mossberg 940 Pro Turkey never let me down. Hell, it even cycled 2.5-inch buckshot loads. Birdshot came from Federal by way of Walmart, and buckshot was a mix of Federal Vital Shok, S&B, and some cheap Lambro Guard buckshot. None of the ammo proved problematic.

The big iron sight is triangular, green, and mean! It’s fairly large and very easy to see and get on target. I barely used it because I tossed a Holosun 507K on the setup and went running with that. Zeroing took no time at all, and I was dead on. I dropped round after round of tightly patterned birdshot and buckshot without issue.

The gas-operated design of the Mossberg 940 Pro series ensures the gun is super comfy to handle, easy to control, and doesn’t beat the hell out of you. It’s fairly soft in the recoil department, and with a good push/pull technique, the gun barely moves. I dropped three-shot strings before the first shell hit the ground.

Oh, and that brings us to cycling speed. The Beretta 1301 might be the fastest cycling shotgun on the planet, but the 940 series is at its tail. The gun cycles super fast, especially with the low recoil. Dropping two rounds of buckshot in less than 1.5 seconds and having both be on target is a nice touch for a 12 gauge shotgun.

What’s fairly impressive is the trigger. It’s light, crisp, a little creepy, but also light. Shotgun triggers have gotten better and better, and it shows with the Mossberg 940 Pro. The same could be said for ergonomics. The lightweight design delivers an easy-handling gun. Huge controls make manipulating the shotgun easy, and not losing some blood and flesh to my tube reload is a nice touch.

The Mossberg 940 Pro series are proving to be fantastic shotguns. It’s sad that America has fallen a little far behind in the semi-auto shotgun world, but maybe Mossberg is bringing semi-autos back to the United States. The Pro Turkey is certainly a worthy contender and a shotgun worth peeking at. What say you? Would you go Pro Turkey or Pro Tactical?

Let us know in the comments! 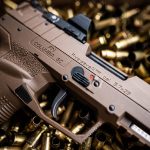 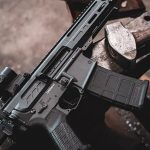