The Smith & Wesson CSX is one of the most talked-about new guns of 2022 and has been blowing up the internet. If you’re like me, you want to gauge as many opinions as possible before dropping 600 bucks (or more) on a new blaster. So, here’s another good rundown without a lot of fluff from the guys at Gun Talk Media in the video linked below.

One point needs to be made up front: the CSX is not a new model in Smith & Wesson’s M&P line. It’s a completely new platform. The main things that differentiate it are the aluminum alloy frame, as opposed to the M&P’s polymer frame, and the fact that the CSX is hammer-fired. The video notes that the CSX seems to fill a distinct niche in the subcompact carry gun market with those features and its frame-mounted thumb safety. Those are features that many folks like, but they are few and far between in a world dominated by striker-fired polymer guns. It is allowed that the grips have “an M&P flavor to them” and that does seem to be the case. Hey, if you have a good grip already in production, and it works, why not use it? But the grip doesn’t make it an M&P except maybe at first glance.

Where does the CSX stack up?

The size of the CSX is rightfully drawing attention. The video features several guns of similar size on the table with it, and the CSX is one of the smallest. Among those guns is a Colt Defender, included with the interesting observation that the CSX is “kind of 1911-y” with the hammer and thumb safety. Other interesting comparisons are with the popular Springfield Armory Hellcat and the Smith & Wesson M&P 2.0 Sub and M&P Shield Plus. The CSX will likely be a major competitor for the Hellcat, mainly because of its differences than its similarities. The comparisons with the M&P guns are interesting because it shows where the CSX fits in the Smith & Wesson lineup.

A Few Points and Opinions

A few points should be made outside the list of features. The trigger on the CSX has generated some talk. It’s noted here that the trigger is “solid bodied” and has the ubiquitous blade trigger safety. The pull weight is checked and comes in at an average of 5.12 pounds on the gauge. It’s then pointed out that trigger pull is subjective to each shooter in terms of weight and smoothness. That’s true, but there’s no firm opinion offered here. Take that as you will. It is noted that the trigger guard is a bit small, which is again subjective depending on the shooter. Some will like it, and some won’t.

The magazines look to be well thought out. The ten-rounder is flush. The “extended” twelve-round mag is only about a quarter of an inch longer. Well done, Smith & Wesson. In that case, why wouldn’t you carry the twelve rounder? The mags are said to be tight going in and full mags are harder to eject than empty mags. Could be a breaking-in issue.

The thumb safety is always going to be a matter of preference, but the video opines that Smith & Wesson “hit the sweet spot” with this one. It’s low profile and can be operated without a big change in the shooter’s grip. The slide can also be operated with the safety engaged.

The CSX shoots well and the recoil was very controllable. The reviewer “liked it a lot.” Overall, the review is positive, if ambiguous in a couple of places. But for a “first look” review, an opinion of “pretty cool” might be about the most we can expect. Have you shot the CSX? Let us know what you think about it. 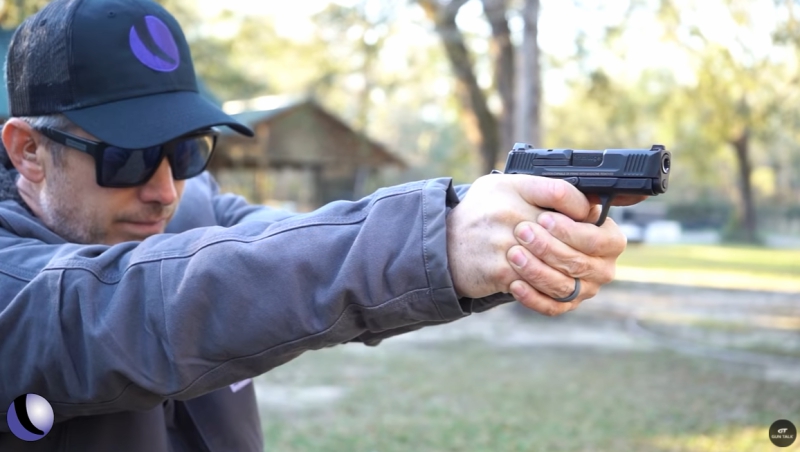 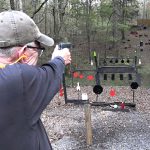 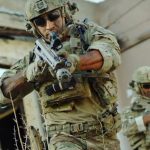