Nicolas Cage might be my favorite actor. If I started listing all the movies I love that star the man, the myth, the legend, Nicolas Cage, you’d see some that are genuinely great, like Pig, and Mandy, some silly like Face/Off and Con Air, and some that are legendary like Raising Arizona. The scope of his career has ranged from earning Oscars to being subversive and strange, and of course, everything in between. His latest flick both reveres and makes fun of him as he plays himself in the Unbearable Weight of Massive Talent.

The actor has become a bit of a meme in the last few years. He has several over-the-top performances that make you think, is this guy crazy? I’m not just talking about recent oddballs like Mandy, but watch Vampire’s Kiss to see some Cage at peak crazy. At the same time, he makes movies like National Treasure, which were fun flicks, and movies like Pig, which is subversive and odd but beautiful.

Nicolas is quite the character, and he gets to play that character in The Unbearable Weight of Massive Talent. He not only plays himself, but he plays an imagined version of his younger self called Nicky. Boy, let me tell you, those scenes get crazy. It might not be his most dramatic, Oscar-worthy film, but it’s most certainly the peak of Cage’s memedom.

Diving Into the Unbearable Weight of Massive Talent

How do I even describe this film? Well, let’s start with the basics. Playing an exaggerated version of himself, Cage is crazy and a little zany. He’s in a career slump and can’t seem to snag a role but keeps his head up and keeps trying. He’s seemingly a very passionate actor but suffers in his personal life.

Am I describing the movie or Cage’s real life? We can’t deny the fact Cage had a bit of a slump, with declining movie roles, and tax problems, and he did have to return a dinosaur head to the Mongolian people. Regardless of how you feel about the movie, his role in the film was a courageous one to take.

His relationship with his daughter is bad. He owes a hotel 600K, and he can’t get a role. This leads him to accept a million dollars to go to the birthday party of an olive magnate. Along the way, he gets mixed up with criminals, the CIA, and more. It’s a movie that quickly goes off the walls and does so with a great cast and beautiful scenery.

I won’t kill the plot, but essentially Pedro Pascal plays a superfan of Nicolas Cage named Javi who also might be a notorious arms dealer and psychopath. Nic is tasked by the CIA to help locate a girl Pascal may or may not have kidnapped. We are exposed to a charming, kind, and meek person in Pascal who doesn’t seem like any kind of arms dealer or killer.

The two men develop a bromance, and Cage learns about himself. It’s a charming relationship between two men who share a love of film. The rest of the cast is rounded out by Tiffany Haddish and Ike Barinholtz, who play the CIA Agents and get their own time to shine.

It’s a small cast but a reasonably strong one with great chemistry. The Unbearable Weight of Massive Talent is undoubtedly a tribute to Cage, but it also stands tall as its own movie. Arguably it’s better due to Cage’s personality, but it stands on its own as a fine, fun film.

Nic takes things over the top, but Pascal’s comparatively meek demeanor keeps things grounded. Pascal kind of shines, which is tough to do when your character is calm and quiet around the boisterous Cage. He does a good job playing crazy fan-boy and seems genuinely in awe of hanging out with Cage. They get up to some hilarious adventures, and the film does a good job of making you question what’s presented.

The Guns and Gunplay

Nic Cage and Pedro Pascal trip balls while writing a screenplay and Nic Cage plays two versions of himself. Don’t expect Heat levels of gunplay. It’s silly, over the top, and fun. It’s not a movie that takes itself too seriously.

Nic Cage playing Nic Cage is funny, and he’s fairly effective in a gunfight. As an actor, he has been in a number of movies where he’s fired guns, so maybe that translates to his skills?

The custom gold Springfield M1911-A1 pistols pop up from my favorite film of all time, Face/Off. As a Cage superfan, Pedra Pascal has tons of props including a disturbing wax figure and Castor Troy’s famous gold pistols.

These are Springfield Armory M1911-A1 V-12s featuring a gold titanium nitride plated finish. The guns are mentioned as ‘custom Springfields, and they certainly are. V-12 guns feature porting in the slides and barrels. These guns also have skeletonized hammers and triggers, custom dragon grips, ambi safeties, huge beavertails, and Heinie sights.

They are gaudy, over the top, and very Nic Cage. He dual wields the two guns as one should. The rest of the guns in the movie are rather boring compared to these Springfields.

Is the film worth the watch?

Oh, heck yeah. Even if you don’t care for Nicolas Cage, The Unbearable Weight of Massive Talent is a fun film. It doesn’t take itself too seriously, and neither does Cage. Pedra Pascal is charming in his fanboy demeanor.

The film won’t blow your mind, but it’s a nice, nonserious, fun flick that lets Nicolas Cage be himself. It makes fun of the main character, and also shows some respect for the man and his illustrious film career. Nic is a force in this world, and some of the references are spot on. He’s treated in a way that makes sure you realize this isn’t just a character. This is the real f****** Nic Cage.

Any Cage fans in our audience? Let us know what you think below! 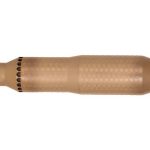 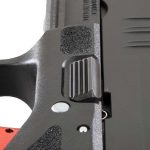