Gunfire rattled and roared around the airport, as Rhodesian Mike Rousseau moved toward the next corner, his Browning Hi-Power in hand. He wasn’t expecting the enemy fighter who suddenly faced him from about ten paces away, AK-47 in hand.

Rousseau reacted quickly, presenting his pistol and firing twice into the man’s chest as the guerrilla fighter advanced on him. It should have dropped the guerrilla—two 9mm rounds in the vitals should have torn through his heart and lungs—but he kept coming. Adrenaline can have that effect, keeping what is essentially a dead man moving long enough to do serious harm. And Mike knew he had to reassess and reengage.

Quickly lifting his point of aim, he fired again, aiming for the other man’s eye. But between the closure rate and his own adrenaline rush, he slapped the trigger and shot the guerrilla in the throat instead, severing his spine. The Mozambican fighter collapsed, and the engagement was over.

The Mozambique Drill, aka Failure to Stop Drill

Mike Rousseau was friends with Colonel Jeff Cooper, a legend in the firearms training world and the founder of Gunsite Academy. He told Cooper the story, and Cooper began to teach what he called the “Mozambique Drill” at Gunsite.

Later on, some LAPD officers got permission from Cooper to teach the technique to the LAPD, renaming it the “Failure Drill” or “Failure to Stop Drill,” to avoid any political implications of the term “Mozambique Drill.” (Though that name has lived on to this day, as evidenced by the title of this article.) The latter name is actually more informative about its function, as it is intended to drop an attacker who not only isn’t deterred by an aimed weapon but keeps coming even with two or more bullets in their chest cavity. They failed to stop, so the Failure Drill is designed to put them down.

The drill is, on its face, pretty simple. Two shots to the chest, followed up by a single headshot. “Two to the chest, one to the head,” is the ditty many have used to remember it, while some Marines of this author’s acquaintance altered it slightly to, “Two to the heart, one to the mind.” There are some nuances, though, and the way it is trained has changed in certain circles over the years.

From Rousseau’s anecdote, the drill started out of pure combat necessity. While it’s unclear why the enemy fighter charged him instead of shooting, obviously there was a close combat situation about to go down, and the instinctive pair to center mass didn’t do the trick. Rousseau had quickly evaluated what had happened, and went for a “circuitry kill” (destruction of the central nervous system, thereby immediately shutting down any impulse to attack or pull a trigger), since the “hydraulics kill” (destruction of the cardio-pulmonary system, denying the body blood and oxygen to keep functioning) hadn’t worked fast enough.

Cooper incorporated the drill as a similarly situational engagement. He taught a quick pair to the chest, followed by a pause to see if that had done anything, and if it hadn’t, then take the headshot. This is somewhat in keeping with minimum force requirements for legal reasons when teaching civilians. After all, most people who learn this drill are not going to be in an African civil war, with guerrillas and mercenaries on both sides.

However, given the reality of a close-in, deadly force encounter, in which the target might be amped up on adrenaline—like the guerrilla Rousseau shot—or otherwise “chemically enhanced,” over time that pause has been edited out of the training. The rationale there is reasonable enough. At pistol engagement distances—usually about 15 yards and in—you might not get that moment to reassess after the initial pair. Especially if your opponent is charging you. Remember the 21-foot rule: if a man with a knife is within 21 feet, you’re probably going to get stabbed before you can shoot him. These things happen fast.

So, the pause to reassess after the first pair got edited out, and the whole drill became simply, “Two to the chest, line up the headshot, one to the head.” To paraphrase Tuco, “If you have to shoot, shoot. Don’t wait around to see what happened.”

The drill hasn’t been limited to police and civilian concealed carriers, either. The military adopted it as well, and not only for pistol shooting. The author learned it on his first shooting package as a carbine drill.

Further evolution has happened over the last decade or two. The original way the author learned the drill was a hammer pair to the chest—two shots as fast as humanly possible—followed by a slower headshot. Over time, however—and it’s uncertain how much of this was due to actual combat experience or competition experimentation—that’s changed to more of a “cadence drill,” where all three shots are more evenly spaced, though still extremely quick. Some of this has much to do with the shooter’s own proficiency. Hammer pairs are much more instinctive, and a headshot is more difficult to line up, as it’s a smaller target. Beginners to the drill will most likely best practice that hammer pair, line up, headshot, and then worry about smoothing things out. After all, in a deadly force encounter, it’s metal on target that matters a lot more than split times.

Is the drill any good?

This seems to be the question that gets asked about just about every drill out there, and it’s not an unreasonable question, given that if you dig deep enough, you start to find some pretty gonzo stuff for self-defense drills. <cough>Voda<cough>

Well, first of all, it was born in combat, and it worked. Furthermore, given the fact that its been taught for decades, and has presumably been used quite a few times in CQB downrange in Afghanistan, Iraq, and various other places, it is a proven technique.

Furthermore, if you look at it objectively, from a mechanical perspective, it is designed to immediately incapacitate a threat in the most effective way possible—the above-mentioned “hydraulic” and “circuitry” shots. The chest shots are the first step, as a center-mass shot is considerably easier than a headshot. The headshot is to ensure that the threat is stopped, and may or may not actually be necessary, but is trained because in the event that it is necessary, it’s going to become that way faster than most people can adjust without having already drilled it.

There are, however, some cons to it. Like everything else, the Mozambique/Failure Drill isn’t a magic bullet. Headshots are hard to take, and they’re even harder when the target is moving, rather than being a stationary IPSC target at ten yards. That is why some units have instead focused more on multiple shots to the chest, rather than just a pair and a headshot. In the words of Clint Smith, “And if I shoot him and he keeps coming, I should do what? … Shoot him again! And again, and again, and again, and repeat, as required, until what I want to happen, happens.” Again, some of this comes down to training and proficiency. Some of it is also situation-dependent.

No shooting drill is perfect, no drill is the magic pill that is guaranteed to save your life. But the Mozambique/Failure Drill is a good baseline for a close-in, deadly force encounter, especially in a situation where your opponent is either too riled up to feel his heart and lungs getting destroyed, or too chemically enhanced (which is just as likely to happen in the inner city as on some battlefield against a bunch of ISIS fanatics). The Failure to Stop Drill is a good one to have in your toolbox. 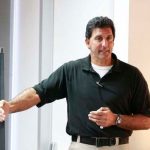 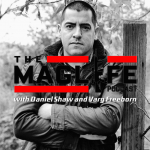