I’m not a huge Glock fan. I respect them as well-made firearms that are simple, reliable, and easy to use. What I really love about the Glock series of pistols is their inherent modularity. You can take a Glock and upgrade it to the moon and back. I recently got my hands on a Glock 43X and made some upgrades, including the Tyrant Designs magwell.

The TD Magwell adds a little extra length and width, but not much.

Magwells are pretty simple. They act like a funnel attached to the bottom of your grip, allowing for faster and more intuitive reloads. That’s the idea anyway. Like most things, especially in the gun world, sometimes they suck. Some magwells exist to funnel money from your pockets, not magazines, into your gun. Let’s find out if the Tyrant Designs magwell is worth the price of admission.

Breaking down the Tyrant Designs Magwell 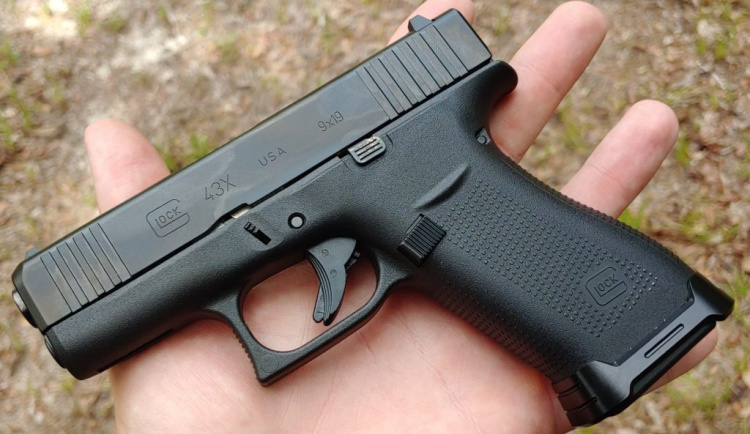 Speaking of pretty colors, you can get your Tyrant Designs magwell in a wide variety of colors. Red, blue, grey, gold, aluminum, and black. I went with black. I’m not a big fan of bright colors on carry guns, and black matches the frame. Tyrant Designs mills these bad boys from aluminum and anodizes the finish onto the magwell.

The Tyrant Designs Magwell adds just a little extra length to your pistol. At its longest point, the Tyrant Designs Magwell adds about a quarter-inch to the length of the grip. That extra quarter-inch does provide my big hands a nice little pinky rest, so I don’t necessarily hate the extra length. Weight-wise my scale reads it off as .40 of an ounce total.

According to Tyrant Designs, their installation method is patented, and I could see why. It’s stupid simple and takes no time or effort. In the back, a screw fits into a soft grip plug. Loosen the screw from the plug with just a few rotations and then slide the plug into the hole and the magwell over the grip.

The install takes no time or effort.

Tighten the screw down, and you’re done. I expected more drama. Rarely do I find something advertised as easy to actually be easy. However, I’ve put it on, taken it off, put it on again, taken it off again, and it’s a non-issue. It pops on and off without any drama.

The TD Magwell acts as a minor pinky extension as well.

I tried my hardest to pry the Tyrant Designs Magwell off the bottom of my Glock 43X. I pried and pulled and fought with the damn thing to see if I could get it off the gun. It was yanked, pulled, pushed, and wiggled—and it never moved. The attachment system works well for being how simple it is.

So is the Tyrant Designs Magwell worth a spit? Or does it just look cool? Well, to find out, I needed to get some reloads in. We grabbed a few different magazines, some 9mm ammo, and hit the ground running. A NeoMag was used for each reload and a shot timer for objective data.

OEM Mags, Mags with extensions, and ETS mags all work perfectly with the TD Magwell. 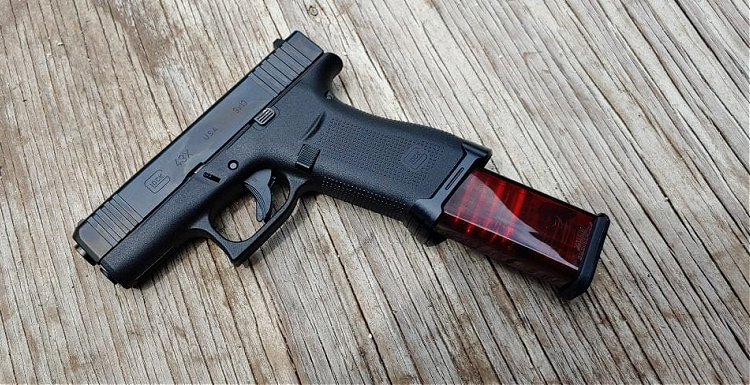 Every five reloads, I swapped the configuration of the gun. As you warm up more and more, you are bound to get faster. If I did 20, no magwell reloads and then 20 magwell reloads, I could be faster with the magwell because I’ve already got twenty practice reloads in. Alternating having the magwell on and off allowed me to better gauge the speed of my reloads.

After a few dozen reloads, I can comfortably declare that the Tyrant Designs magwell works and works well. When I averaged the times between reloads, it came down to a difference of almost three-quarters of a second in favor of the magwell. That seems like a Scott Bakula-style quantum leap, but the average is skewered.

Reloading is faster and more intuitive with an enlarged magwell.

If I wasn’t a goof, it wouldn’t matter, right? Well, everyone goofs up, and if something can help you reduce your human error, it might make the juice worth the squeeze. That’s why I like magazines that hold as many rounds as possible, it’s why I like red dots, and why I like compensators. These increase my ability to succeed.

What’s the best time I could accomplish outside of a somewhat skewed average? Well, I got those numbers too. Without the magwell, I had a hard time breaking the 2.5 second mark, with a 2.42 being my absolute fastest.

The Tyrant Designs magwell not only trims time off your reloads, but helps eliminate human error.

My overall fastest time with the Tyrant Designs magwell in place was 2.29 seconds, with the median in the 2.35-second range. Shaving off a little more than a tenth of a second is nice, but reducing human error is where I see the biggest benefit. I like that it can help compensate for my own faults and failures.

The Tyrant Designs magwell doesn’t suck, or even kind of suck. It’s a functional addition to your Glock 43X or Glock 48 pistol. If you want to speed up your reloads while reducing human error, then this simple addition can surely help. Popping it on takes no time at all, and while it adds a little length and weight, it won’t compromise concealment. (It also adds a nice edge to a pistol-whipping, just saying.)

Chest out a Tyrant Designs mag extension for a few extra rounds.

Does a magwell strike your fancy? Would you stick one on your concealed carry gun? If so, let us know below. Share your thoughts on the subject. 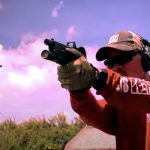 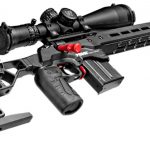