Out-of-the-ordinary objects have a certain appeal, and ammunition is no different. Have you ever noticed a cartridge that you’d never seen before and wondered why it even exists? Join us as Roy Huntingdon and two other narrators dive in to explore some of the off-the-beaten-path calibers in the shooting world. This video is a bit different than many you may be accustomed to, in that it is the modern version of three guys sitting around the campfire, chewing the fat, and having a fun time. Except that they’re in three separate locations and all connected by video, and there is technically no campfire. As such, there won’t be a ton of photos in this article because…well, there were no guns shown. Rather, the conversation focuses in on rarely-seen calibers.

What is or isn’t an “oddball caliber?”

Roy mentions that he was going through some of his Thompson Contender barrels and noted .221 Fireball, .222 Remington, and .35 Remington, among others. What is an oddball to one may not be that odd to another person.

“Beauty is in the eye of the beholder.” Some folks just love weird, unusual stuff! To those folks, weird calibers really aren’t weird at all, they are fascinating. These old, odd calibers can add zest and variety to a gun collection. And then there’s the historical aspect that appeals to those of us who enjoy history and nostalgia. And from what the guys talked about on the video, there’s definitely a hobby aspect to it; it seems that chasing down reloading components or complete ammunition is a large portion of the fun.

It seems that sometimes people happen into a glut of ammunition in an unusual caliber, and so they buy a firearm in that caliber. Sometimes the rarity of the caliber actually justifies buying a firearm in said caliber, especially if they acquire an entire case or more of the ammo. Hey, it happens! Some may ask if that isn’t putting the horse before the cart, in that with most people whom I know will purchase the firearm first, and then the ammo. So how does it make sense to do it in reverse? Well, if you stumble upon a super rare cache of ammo, it’s sometimes easier to find the firearm afterward than it is to get the ammo, and so it could make sense to jump on the ammo deal.

Reloaders sometimes end up with what the narrators call “Weird Caliber Disease.” Roy mentions that he knows how to make “11 mm pinfire” cartridges, and jokes, “I’m not proud of it!” To be honest, I’ve never even heard of the caliber before now, and I’m a gun enthusiast. Actually, it’s a little humorous because to the uninformed, I’m an “expert”, but the real truth is that the guys in this video have forgotten more about bullets and calibers than I even know.

Roy mentions that it’s all well and good to train with a 9mm, blasting hundreds of rounds at the range, but he likes to expand things and have some fun, which is where unusual calibers come into play. He says, “It stretches your gray cells a little bit.” His eyes light up as he explained a rifle that he’s building in caliber .32 H&R Magnum, which is apparently the apple of his eye for the moment. He also talks about a 4mm Rimfire caliber that can be fired from miniature guns, which can be great fun.

Roy goes on to describe firing a 4-bore elephant rifle, “It was like an 8-ounce projectile from a rifle that weighed 26 pounds and I can’t describe the recoil, I’d never shoot one again and I was geared up, I had pads, I had something against my cheek, I don’t know why I didn’t break any teeth, and these guys would shoot multiple targets!” He was chuckling, and, I suspect, exaggerating slightly for the fun of the story.

Personally, I buy standard calibers because I try to stretch my dollars as far as I’m able. To me, exotic equals expensive. Plus, I like being able to find my ammunition on the shelves easily instead of having to search for it. With that said, I’m at a very different position than these guys; they own dozens upon dozens of guns, while I…don’t. At some point, I’d enjoy branching out a bit more. I enjoy WWII history, and would like to acquire more firearms from that era because they’re just very interesting. I know many people who have gone down various rabbit holes in the firearms realm, and it’s easy to go off on tangents.

To the guys in the video, these calibers are like a fun hobby, and for the most part, they’re not very practical for every day, heavy use. They enjoy tinkering with these calibers because they’re interesting and require effort to put all the components together.

It’s rather like an antique car — you take it out for a leisurely drive now and then, but you don’t commute to work with it daily. You treat it gently, pamper it. An old car might take years to put together, searching for missing parts, assembling it, tweaking this and that, painting, polishing. The truth is that, for the guy putting it all together, the building process is the most fun. When he finishes, he has a beautiful product, but the process is all done. And so he’s on to the next project. It’s really no different than with oddball firearms and cartridges. The heart of the matter is not really the material product that we’re talking about here; rather, it’s human nature. Just ask any collector, whether it’s guns, cars, tins, old spoons, coins…there are no limits.

Clearly, everyone in the video cherishes pursuing oddities in the firearms realm, and is very knowledgeable about doing so. It’s neat that they enjoy sharing the knowledge with those who are not as well versed. This is a fun video if you’re a firearms enthusiast. Normally, I don’t delve into such topics, but it was refreshing to gain a new, different perspective. Check it out, you may feel the same way! 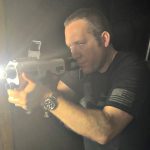 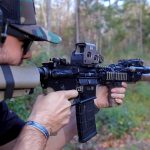