The Colt Government Model of 1911 ranks with the Colt Peacemaker, Winchester 1873, and M-1 Garand as possibly the most iconic firearms in American history. The 1911 served as the standard US military sidearm for an astonishing 74 years. It saw combat in World War I, World War II, Korea, Vietnam, and other smaller wars until its eventual retirement in 1985. America’s most famous World War I hero, Medal of Honor winner Alvin York, used his 1911 to help him and his squad capture 132 German soldiers in a single day. York killed 25 more Germans in the process, several with his trusty Colt.

But the 1911 took a longer path to immortality than the other guns on the list. In fact, the gun isn’t as universally loved as you might think. In the excellent video linked below, Chris Baker delves into the reasons for that and discusses the 1911’s decline and resurgence to the status it enjoys in today’s American gun culture.

A Browning Masterpiece but Mostly Ignored by Civilians

As most gun folks probably know, the 1911 was designed by John Moses Browning around the .45 ACP cartridge. It was a direct response to the poor performance of the Colt New Army revolver that was produced from 1892 to 1903. That revolver was chambered in the comparatively anemic .38 Long Colt, which proved less than effective in the Philippine Insurrection. The US Army wanted to return to the .45, and Browning’s answer was the 1911.

Chris notes that, while the 1911 was America’s military sidearm, the civilian gun world was dominated by revolvers. The police used revolvers, as did civilian competition shooters. When gun magazines wrote about handguns, they almost always wrote about revolvers. The real civilian shift away from revolvers only began in the 1980s and continued into the next decade. By then double stack 9mm guns were widely available, the so-called “Wonder Nines.” The 1911 was “sort of a dinosaur at that point.”

When the US military switched to the Beretta M9 in 1985, the 1911 was in danger of fading from the view of all but military surplus collectors and a few dedicated defensive shooters being trained by retired Marine Lt. Colonel Jeff Cooper. Cooper was a prolific gun writer in the 1970s and 1980s. Focusing on defensive handgun shooting, he was also a strong advocate for the 1911.

In 1976, Cooper established a scenario-based competition pistol league that eventually became the United States Practical Shooting Association (USPSA). That same year Cooper founded Gunsite Academy in Arizona, where he began training defensive shooting skills to civilians. The 1911 featured heavily both at Gunsite and in USPSA competitions. But, at that point, there wasn’t much to choose from when it came to 1911s. Colt was the only manufacturer, with the Gold Cup National Match being the top of the line.

As competitive shooters began looking for ways to improve their guns, a new industry emerged offering custom upgrades, like an extended beavertail, beveled mag well, or an enhanced hammer spur for a competitive edge. Many of those companies began making their own 1911s with those upgrades as standard features. The popularity of those guns eventually spread to firearms enthusiasts in general.

But, by the early 1990s, the 1911 was in decline thanks to the popularity of the double stack 9mm guns. Companies like Beretta, Sig Sauer, and Glock were offering high quality products with higher capacity and better ergonomics. It didn’t help that the Beretta 92, in particular, was featured prominently in hit movie franchises like Die Hard and Lethal Weapon (we will not discuss the infamous “Glock 7”). It seemed the 1911 really might fade away this time…until The Man stepped in.

Clinton, Biden, and Feinstein Save the 1911

1994 saw the passage of the infamous Crime Bill pushed by then-President Bill Clinton, then-Senator Joe Biden, and gun grabber extraordinaire Senator Dianne Feinstein. Included in that onerous piece of legislation was the “Assault Weapons” Ban, which limited magazine capacity across the board to ten rounds. Suddenly, the 9mm guns didn’t carry that much more ammo and many gun owners decided that, if they were limited in capacity, they would carry bigger rounds. The .45 ACP 1911 was back, baby.

Popularity soared and continues to this day. Dozens of companies now make 1911s in all sizes from full to subcompact, single and double stack, and in multiple calibers. Chris—fairly, I think—points out that some of these guns are barely 1911s due to their size and features. He mentions the diminutive Sig Sauer P238, the Wilson Combat EDC-9, and some double stack 2011 guns. Not that those are bad guns or anything. But they have clearly veered off the main 1911 path. Even though the .45 ACP’s popularity has waned thanks to cost and the increased performance of the 9mm cartridge, the sheer variety of 1911s has kept John Browning’s design in the game.

Great question, and Chris has some answers. Let’s hit those real quick:

Now, I’ll admit that the last one shouldn’t necessarily count. It’s normal for more expensive guns to work better than budget guns. At least, that’s how it’s supposed to work. But there are striker fired polymer guns available at competitive prices that will go bang every time with just a little maintenance. Chris points out that, if you plan to use a 1911 in a defensive capacity, you better spend at least $1000 to $1500. There are quality polymer guns available for half that. And that $1500 gun only gets you a mid-range 1911.

Not to mention that your money doesn’t always guarantee quality. Some manufacturers make pretty guns and sell them for a premium, but they aren’t that great on the inside. Even top shelf 1911s require more maintenance than a basic Glock or Sig. Chris notes that, the further you get from the original 1911 size and caliber, the truer that becomes. He advises sticking with a five-inch barreled 1911 chambered in .45 ACP or a Commander size, which is good in .45 or 9mm. When the barrel length drops below four inches, that’s where reliability really drops off and you have to start paying attention to things like recoil spring weight and ammo compatibility.

1911s can be very reliable and they can be affordable, but they are rarely both. For people used to paying 500 bucks for a polymer gun that can go 5,000 rounds between cleanings, you can see where the 1911’s fussiness can be a downside.

Compared to the 1970s, we have an almost unlimited options for quality handguns. Chris believes modern handguns can do everything better and less expensively than the 1911, with two exceptions. First, the 1911 is still the gold standard for a nice trigger on a handgun. 1911 triggers tend to be light with a very short length of travel. They also slide directly to the rear with no levering or pivot motion, so the trigger stays in contact with the same part of the finger throughout the entire trigger press.

To be fair, there are some cheap 1911s with terrible triggers, but they are a distinct minority. Most are at least pretty good. The trigger makes the 1911 easy to shoot quickly and effectively and it’s extremely forgiving of imperfect trigger control technique.

The trigger does, however, come with some liability. A light trigger is not always desirable, and Chris believes that only experienced shooters who practice a lot and know how to manage the trigger should choose a 1911 as a carry gun. They are very unforgiving of even small mistakes in safe gun handling.

The other advantage of the 1911 is pride of ownership. Chris says, “It’s really gratifying to own a well-made machine that also looks like a really well-made machine.” That’s especially true if it’s been in the hands of a highly skilled craftsman or gunsmith who has customized it to your exact specifications. “A gun like that just compels you to take it out to the range and shoot it, and carry it, and show it to your friends.”

There are very few new semi-automatic pistols you can buy today that evoke that kind of pride of ownership that you get from a well made 1911. The industry has responded to that lack by offering ways to individualize polymer pistols, but Chris thinks most of those mods are “pretty lame.” No matter what you do with it, a Glock still looks like a Glock. As Chris says, “It’s just not the same as a shiny chunk of polished steel and wood.”

Even an off-the-shelf 1911 can have that “wow factor” that you can’t get from a more modern pistol. Chris notes that if you think of your gun primarily as a tool, you might think such things are frivolous, and you’re likely correct to a certain extent. But most folks aren’t driven by pure logic.

It can be a good thing to get some enjoyment from your defensive firearms because it can help motivate you to practice with it more. It can, however, go the other way. We can like it so much that we can get delusional about its capabilities but it’s good to have some level of affection for your defensive gun for whatever reason. A nice 1911 lends itself to that admirably. 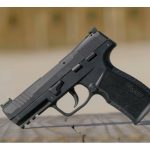 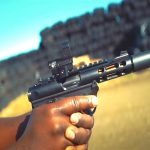