I won’t lie, I didn’t play a whole lot of the original Wolfenstein games. I was always a bit more of a Doom guy, but even I know about Mecha-Hitler. Wolfenstein 2: The New Colossus hit my interest recently. Bethesda did both Doom and the new Wolfenstein games, and who doesn’t love the new Doom games? I went ahead and dived on in.

In Wolfenstein 2: The New Colossus, you strap into the familiar shoes of William “BJ” Blazkowicz. Blazkowicz is a madman, a gun-slinging monster who takes no mercy on Nazis. He’s not too angry to die like Doomguy, but he’s close. I think there is some easter egg where BJ is Doomguy’s grandfather or something.

The New Colossus takes place in an alternative timeline where the Nazis won. It’s now 1961, New York City has been nuked, and the Nazis now control what’s called the “American Territories.’ BJ and the team work out of a stolen U-Boat called Eva’s Hammer, and you launch most of your missions from the Hammer. The Hammer acts as a hub that allows you to play the original Wolfenstein, talk to characters, and launch various missions and sidequests.

The plot follows BJ and his team as they resist the Nazis. These Nazis are equipped with futuristic technology—at least futuristic based on the 1960s, including giant robots, armored troops, and even robotic troops. It doesn’t matter what they are, though, you’re gonna rip and tear your way through them.

Wolfenstein — A Shoot ‘Em Up

This isn’t a slow-paced, tactical, realistic shooter. It’s a fast-paced arcade-style shooter that can be frantic and chaotic. You are running and gunning, constantly picking up health, armor, and ammo as you race through the levels. You jump, climb and throw tomahawks and grenades as you do it. Players can go stealth, and sometimes that’s valuable, but it’s really more of a shoot ’em up.

The controls are smooth and intuitive and allow you to move fast and kill fast. The game encourages pulling the trigger over and over or sometimes just holding it down. Dual wielding is a big part of Wolfenstein. Most guns can be dual-wielded. This includes the assault rifle and shotgun. Dual wielding can be a very valuable tactic in Wolfenstein, and at close range, it’s hard to beat.

The game encourages you to play aggressively. You move from place to place, absolutely destroying every Nazi that dares draw breath around you.

The World of Wolfenstein

You can do so with some seriously beautiful graphics. Even though the game came out in 2017, the graphics still look great. The intricacies of the weapons and the armored enemies just look beautiful. Everything is just a little busy but well-detailed, and everything looks different. There seems to be zero laziness tied to the design of the world and characters.

We also get a number of characters that look and sound unique, with some top-tier voice acting. The characters are deep and interesting, which isn’t what you expect from a crazy, action-packed first-person shooter. They are flawed and sometimes a little stupid, or other times they have interpersonal struggles that get to be seen on screen. We learn about BJ and his abusive coming of age. We see interactions from his past, and they get brutal and uncomfortable. Sometimes BJ gets a little too emo, and there doesn’t seem to be a lot of levity in his character.

The tone can be odd. Sometimes it’s darkly comedic and over the top; other times, it’s very personal and truly dark. It might make you a little squeamish. Most of the time, the game comes off as a bit like a grindhouse B movie, and that’s when it really shines.

I love the tone when it’s very B-Movie. I love the action and tight shooting. The dual wielding is a ton of fun, and blasting away at bad guys is a blast. There are robots that dual-wield, and with smart, focused fire, you can pop off an arm at a time to keep them from killing you.

I do like the guns. They are upgradeable when you find weapon kits. You can add an optic, and armor-piercing ammo, or maybe a drum magazine, a silencer, or more. Each gun has three upgrades, and you can be fairly selective about what guns you prefer. I love the Sturmgewehr and full auto, rotary barrel shotgun.

The guns are all fictional, but influence from real guns is present. The Sturmgewehr looks like a battle rifle, which is appropriate for the era. Additionally, the Machienpistole looks like a Walther MPL, and the handgun is clearly a heavily modified Luger. The shotgun named the Schockhammer X is an absolute blast when paired with extended mags and dual wielding.

As a first-person shooter, the game is plenty challenging and a ton of fun.

There are a few things about Wolfenstein I don’t like. There are lots of dull, repetitive grey hallways to navigate and the most interesting levels are often too brief. For example, the daylight Roswell level looks like it’d be a blast to fight through with an odd mix of Americana and Nazi imagery. Sadly, it’s a very short, shooting-free portion.

The same goes for another level in Texas. You are in a dilapidated farmhouse from BJ’s youth when the Nazis ambush you and lift the entire house in the air. This is an awesome but way-too-short portion of the game. The best environments get very little playtime.

Another thing I don’t really like is that even though the weapons are fun, there aren’t very many of them. Half of your guns are ‘heavy’ weapons, and these weapons slow your movement. Essentially, they’re just temporary weapons you ditch when the ammo is dry or you get tired of moving at a snail’s pace.

There isn’t a lot I don’t like, but I think the game could’ve been a perfect ten if they mixed up the environments and introduced some unique, non-type-cast weapons.

The Future of the American Territories

It’s sad that Wolfenstein: Youngblood is apparently a terrible game. Coming off The New Colossus and into the 1980s seemed like a very interesting setting. Even so, The New Colossus is an absolute blast. It’s a fair bit of fun and currently selling for a bargain. I might have to go back and check The New Order and maybe Youngblood.

Are you a Wolfenstein fan? What do you think about the remakes? Let us know below! 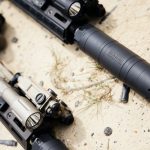 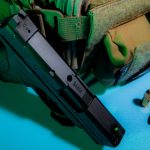