Shooters have a myriad of laws to adhere to, and for some, the restriction on magazine capacity is nothing new. XTech Tactical has updated its MAG47 line of magazines to include options for 10-round limiters, which is a great option for those folks that live or travel in states with heavier magazine restriction laws.

Features of the MAG47 magazines include:

According to the company, the same material used in the magazine construction is the same high-performance material as the MIL which is the strongest US-made AK magazine on the market. Additionally, with the feed lips, the magazine is said to feed the 7.62×39 ammunition flawlessly.

The XTech MAG47 magazines follow in line with the company’s desire to be the leading innovator in the market and pledges to continue to bring innovative products to its customers. Additionally, to continue to support the fight to maintain, or enhance, firearm ownership rights, the company is donating $2 for every 10/30 magazine sold from their site through the end of 2022 to Gun Owners of America. 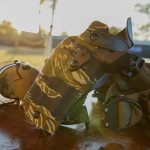 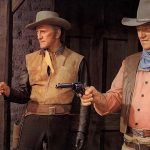