Ever look at a pistol, fall in love and then see the price and wonder if it’s worth it? Well, the gents over at SuperSetCA took on that exact question with the 2021 Staccato P DPO 2011 duty pistol. With the price tag over $2K, many people may really wonder if the juice is worth the squeeze.

While you may not be super familiar with the Staccato name, you may be more familiar with their former name — STI Firearms. They refocused their attention to duty pistols and rebranded to match. The P DPO pistol is their 1911 type optic-ready version billed as the world’s best shooting duty pistol. 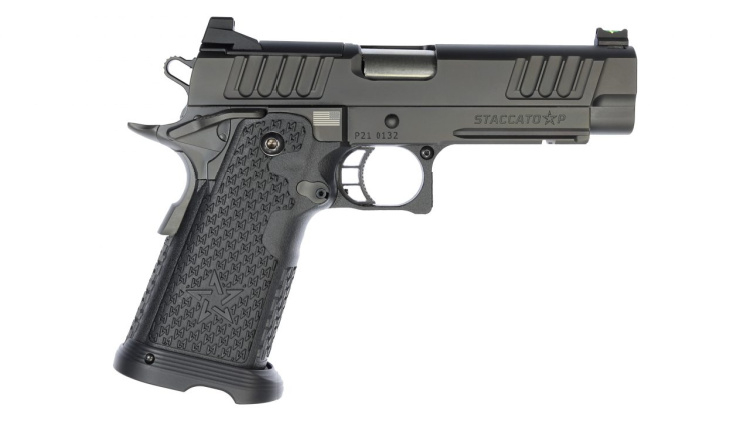 Straight out of the box this duty pistol is ready to shoot. They did just that and only encountered one failure to feed which would have been eliminated with some extra lube before shooting (or so they said).

The video breaks down their impressions of the pistol according to these categories:

Paul starts with the design, saying that the pistol is overall aesthetically beautiful with a DLC (diamond-like coating) finish. The Staccato P DPO is slightly larger than an M&P but smaller than other 1911 pistols. It has a Dawson toolless guide rod with 13lb recoil springs.

Coming out of the box it has three stainless steel double stack magazines. It has been designed to keep the magazines from being inserted too far and causing issues that way. It has a tactical advantage mag well for easy reloading. During testing, the magazines show no problem of failure or issues. The only issue they do encounter is that they can’t find a holster off the shelf to match the pistol, the closest they get is the Safariland GSL if an optic isn’t installed.

With the Dawson toolless guide rod and a 13lb recoil spring, they found the pistol shot flat and returned to neutral quickly.

In talking about the controls and handling, Paul states the pistol boasts large C2 version grips. The safety is in the grip and Paul says it blends with the frame nicely and has the right pressure to deactivate it. It also has a recessed slide release which is nice to prevent accidental release, but the position is hard to reach without long thumbs. To round out the controls and handling, he states that if you’re used to a 1911 type pistol, then you shouldn’t have problems running the Staccato.

While not everyone likes the 1911 grip safeties, Paul says that this one is smooth and doesn’t require too much pressure to deactivate it.

Paul then turns his review to the sights and trigger. It has a direct mount optic option but with certain aftermarket ones, you will need different base plates for mounting. They test the P DPO with the Dawson iron sights that has a rear adjustable plate and a front fiber optic, which they really like. During the testing, they see that the pistol returns to neutral quickly and shoots pretty flat with good groupings at 25 yards. With a light trigger pull it is great to shoot out of the box.

Paul finishes up the review with his final verdict. When compared with other service pistols, it is reliable with no real failures in function. But is this Staccato duty pistol worth the premium pricing? Paul says you get what you pay for and in his opinion, it’s worth it. 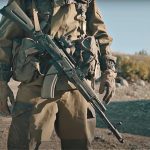 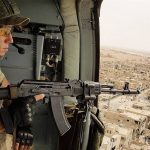