As a shotgun nerd, I laugh when rifle and handgun bubbas complain about the cost of .30 cents and .40 cents per round prices on their ammo. Even when ammo is cheap, shotgun rounds never get close to those price points. Especially when it comes to buckshot and slugs. For high-quality defensive buckshot, you’ll find yourself spending upwards of two dollars a round. However, Fiocchi’s relatively new Defense Dynamics buckshot loads promise a budget-friendly alternative to your home defense needs.

My shotgun load of choice is Federal’s eight pellet 00 load with the Flitecontrol wad. However, Flitecontrol loads can cost over two bucks a round, and when ammo demand is high greedy shotgunners like me gobble it up. I recognize that there are a lot of new shotgun owners out there looking for a defensive ammo option without breaking the bank.

This led me to experiment with several shotgun loads, and one of those loads is the Fiocchi Defense Dynamics buckshot. I think it might be one of the better options for a defensive buckshot load on a budget. I’ve gotten a case of it to find out anyway.

Not All Buckshot Is Equal

First, we have to look at shot size.

For buckshot, the smallest shot size consistently penetrating 12 inches of ballistic gel is No. 1. No. 1 is easily the most efficient shot size for defensive shooting, but it’s often ignored. No. 4 buck is often suggested but is a poor penetrator and best used for coyotes and vermin. That leaves us with the tried and true 00 buckshot. These .33 caliber pellets penetrate deep and hit hard.

Second, we also want to balance recoil and power.

This leads us away from full-powered 1,600 FPS buckshot. It has a lot of recoil and no noticeable defensive value. On top of that, we tend to avoid 3-inch magnum shells for home defense due to the recoil and the loss of capacity. The use of 2.75-inch shells frequently allows for an additional round in your magazine tube.

So we have 2.75-inch shells with 00 buckshot loaded into them. Most common loads use nine pellets. That’s fine, but eight pellet loads, like the Defense Dynamics, tend to pattern more consistently. Nine pellet loads will often have a’ flyer’ separating from the main pattern by several inches.

Looking at what we discussed above, let’s look at what the Defense Dynamics load does and compare it to what good defensive buckshot should be. First, these are 2.75-inch shells with a listed velocity of 1,325. Not exactly low recoil, but still controllable. They are guaranteed to run in any semi-auto, even if it’s a bit picky.

Next, they are an eight pellet load, which is desirable for more consistent patterns. It’s also a 00 buckshot load, so it’s perfectly capable of penetrating deep enough to stop a threat. The Defense Dynamics load scores high in the basics of being an excellent defensive shotgun option.

We also get a round that provides a high brass casing. While most high-quality shotguns cycle most shells, some can be picky and require high brass to function correctly. Fiocchi went with a rolled crimp instead of a star crimp. Typically a rolled crimp increases the length of the shell exponentially and can often reduce capacity by a single round in magazine tubes.

That’s not an issue here. I can fit five in a five-round tube without a problem. The roll crimp does help prevent moisture from building in the shell, but I doubt that’s a concern for most defensive shotgun enthusiasts. Overall the construction of the Defense Dynamics load is solid.

Performance at the Range

While everything above sounds great, it’s all nothing more than a theory until we get to the range. So, to the range, I went armed with 200 rounds of Defense Dynamics and a variety of shotguns. To be fair, it was extended over several days, but you know what I mean.

I tested the Defense Dynamics through a few different shotguns. Specifically, the most popular platforms on the market like the Remington 870, Mossberg 590, Benelli M4, and Mossberg 930 SPX. In terms of reliability, each gun ate every round of Defense Dynamics without so much as a burp.

Unsurprisingly the 1,325 feet per second rating doesn’t make it the lightest recoiling round but still makes it plenty easy to control. I handled the rounds fine in a TAC-14 PGO. In a stocked shotgun, the Defense Dynamics rounds are fairly comfortable, especially in semi-auto platforms. Enough so that I can control quick double taps on multiple targets without losing my focus.

How do the Defense Dynamics rounds pattern? That’s a fair question. I took a few shots at ten yards from each gun and measured the performance. The 590A1 presented the tightest group, and I could cover the entire pattern with the palm of my hand. The loosest pattern was probably 6 inches or so and fired from the Remington 870.

The Benelli M4 presented an impressive pattern as well, somewhere in between the two. Overall the Defense Dynamics rounds rill the role of defensive buckshot quite well. These rounds cost about a buck a pop, which is about half the price of Federal Flitecontrol.

These rounds aren’t perfect. I’d toss in a Flitecontrol wad if I could. However, other than that, the only thing I’d change is reducing the velocity to reduce the recoil to make it even more controllable. Take it down to 1,250 FPS, and it’d be downright comfortable.

The Fiocchi Defense Dynamics loads promise and provide a comfortable, reliable, and consistent load for home defense shooting. The load offers enough power, penetration, and reliability to conquer any home defense task. It also won’t break the bank and is seemingly easy to find. 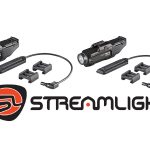 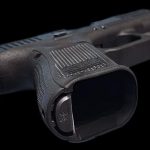