Cold jacks up a lot of things, including your firearms. (Unless you’re Russian. Read on for clarification). With snow coming down, I think we should all make sure our gear can handle the worst of conditions. Even if you don’t live in an area that gets cold, it’s good to know the limitations of your gear, and Garand Thumb is here to help. GT shows us what could go wrong in the worst-case scenarios with his wide collection of rifles.

In this two-part test, GT will cover his rifles in water and let them freeze. The first part will be a light spray of water, and then in the second, he will douse them each thoroughly. Hopefully, the rifles can stay in fighting condition.

Garand Thumb starts the first test with just a light spray of water over both sides of each firearm. After letting them sit and freeze, he tries to fire five shots out of each rifle.

Here are the results for each firearm.

The AR-style rifle gets all five shots off but has a little trouble with the safety and ejection port cover. The safety is a bit stiff, but Garand Thumb is able to get it set to fire. The ejection port cover is partially frozen and won’t go down all the way, and thankfully it doesn’t hinder the cycling of the rifle.

Being made in Austria, GT wasn’t expecting any trouble. The AUG has a stiff safety, but that is overcome and it fires all five shots.

The URGI follows next with a surprising outcome. The AR-style rifle has very stiff safety and only fires one shot before a nasty malfunction. The ejection port fails to open, causing the spent casing to get lodged when the BCG tries to chamber a new round. Garand Thumb then discovers that the mag and mag release have frozen when trying to clear the malfunction. After getting the mag out and removing the malfunction, he attempts to put the mag back in, but the catch has not reset. He manually resets the catch and fires the remaining four shots.

Starting for the AK rifles is the AKM. The safety came off without any trouble, and it smoothly fires all five shots. I don’t think it’s a surprise at anyone that a Russian rifle does well in the cold.

Next for the AKs is the 105. Like the AKM, it smokes its AR competition and fires all five shots without any hiccups.

Trying to redeem the other AR-style rifles, we have the dirty Block II. Surprisingly, the Block II’s safety has no problems. The uncleaned rifle even fires all five shots without the issues that the other AR platforms experienced.

Now for the Sig MCX. Definitely a surprise to me, the MCX only fires one shot before the action locks back. In his attempt to get the MCX back on track, Garand Thumb runs into the same problem as with the other ARs: the mag and mag release are frozen. He remarks that while the rocking in of the AK mags can be a pain, it doesn’t freeze up like the AR platform. After hitting the mag release with an AK mag, GT finally gets the mag out. Failing to get the bolt to release, he declares that the MCX is down and moves on.

After the failure of the MCX, we have the KAC SR-15. Like the MCX, the SR-15’s bolt locks to the rear after only one shot. Attempting to get the SR-15 working again, Garand Thumb fights the mag release again. Unfortunately, the SR-15 follows in the steps of the MCX, and Thumb is forced to declare it is done.

Now we get to the rifle GT has been looking forward to, the FN FNC. Garand Thumb is happy to see that the FNC shoots all five shots with no problems.

Moving on to the Galil ACE. The safety clicks off easy, and Garand Thumb puts all five rounds down range with no trouble. He says it fires easier than the FNC.

Now we have the first battle rifle, the M14. The safety comes off with no trouble, but unfortunately, the hammer doesn’t drop after pulling the trigger and is deemed unsafe. After pouring water over the rifle, Garand Thumb clears the firearm but declares it done.

The SCAR is up next for the battle rifles. The safety clicks off, but GT runs into a dead trigger after the first shot. The SCAR fails to extract the first round, but the malfunction is cleared after mortaring. The next round has to be manually ejected, but it fires eight more shots after that.

The last 7.62 battle rifle is the DSA OSW. The safety goes off with relative ease, and the DSA is able to fire all five shots. GT says that is the most surprising test result.

Last we have the LMT MWS. The LMT’s safety comes off, but it was a little stiff. The LMT fires all five shots with no problems.

To sum up these test results:

The Frozen Rifle Test winners are the AKs, the FALs, and the Galil. The failures: the SCAR, M14, KAC SR-15, and the MCX.

With the first test over, Garand Thumb prepares for the more brutal test.

Before starting the second part of the test, he explains why he thinks a few of the guns failed. He thinks the SR-15 might have failed because the ambidextrous bolt release froze. He also feels that he might have done the SCAR dirty by having a battery assist device, so he takes it off in the second test to give a fair shake. The M14 is taken out of the test entirely because it failed utterly in the first test. Another AK-105 is added to the test, but it is chambered in 5.56 instead of 5.45×39.

Garand Thumb goes for almost total immersion in the second part of the test. After letting them get nice and frozen, we see which rifle wins round two.

Unfortunately, almost all the rifles fail the second test, and the ones that don’t outright fail have their problems. The guns that technically pass the test were the AUG and the AKs. Garand Thumb even has to cut the video down because it takes so long to make sure the failed weapons are rendered safe before moving on.

The Steyr AUG fires one shot but doesn’t cycle all the way due to its frozen mag. The AKM doesn’t work at first, but it works fine after clearing the bolt’s ice. The 7.62 AK-105 has a frozen mag spring, but that is its only problem. The 5.56 AK-105 locks back after the first shot, but it continues to fire after Garand Thumb works the bolt manually.

Out of the AR platforms, only the 416 and URGI fired. However, there was only one shot before they were locked up from the ice. The FNC also fired only one shot. No other rifles sent rounds downrange.

Which rifles pass the second test?

Concluding the test, Garand Thumb grants victory to the AUG and AKs. The AUG did have a frozen mag, but GT admits that if you just gave it a new mag, it would keep running.

These tests have put the rifles through an extreme with worst-case freezing. Garand Thumb says that you probably won’t experience these conditions, but he did this because he wanted to see what would happen. Even though the AR platform rifles failed, he says you shouldn’t just get rid of your AR because your location is what’s important. What works in some places might not work in others and vice versa.

This kind of test makes me want to get out and test my gear. Not really in the same manner as this, but maybe a more practical challenge for my area. Having proper training on your gear will help if you find yourself in bad conditions, so like Garand Thumb says, get trained and know your equipment. “So get out there train become better. Because remember you are the weapon.” – Garand Thumb. 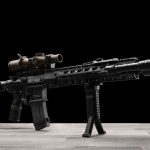 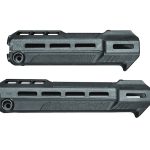