In the never-ending battle of anti-gun legislation, Texas is making some major moves when it comes to suppressor regulations — and they all hinge upon Texas silencers.

Currently, in order to own a suppressor without having a felony slapped on you and getting major jail time, you must comply with the National Firearms Act of 1934 (NFA). Would-be suppressor buyers must go through the typically long and arduous process of asking permission from the ATF and passing a BATFE background check. Though the processing time for this varies, it’s often as much as 8-10 months or more.

There there is the tax. Once the wait is over, you are then required to pay a $200 transfer tax. Oh, and you also have to live in one of the 42 states that allow ownership of suppressors. If your legal residence is in California, Delaware, Hawaii, Illinois, Massachusetts, New Jersey, New York, Rhode Island, or the District of Colombia, well…you’re just out of luck.

These laws have, obviously, always applied to Texas silencers as much as those of any other state.

For Texans, this may all get a little easier when House Bill (HB) 957 comes into play. This fun little bill would not-so-quietly squash the current federal suppressor laws by asserting that suppressors mad in Texas are no longer subject to federal regulation. It will do so by using the commerce clause of the U.S.Constitution.

Boiled down: any suppressor physically manufactured and subsequently remaining in the State of Texas and engraved with the words “Made in Texas”, would no longer be subject to federal law.

Now, this doesn’t mean that you can just fire up the ol’ lathe and get going. Cases will be handled at the individual level. Private Citizens will have to file a complaint with the attorney general that a government body is taking action to enforce federal suppressor laws on you. In that case, the AT would seek a declaratory judgment from a federal district court that these provisions are not in conflict with the U.S. Constitution.

The man who made this possible? State Representative and Physician in Anesthesiology, Tom Oliverson ( R-Cypress). The good Doctor not only presented and argued for this law in terms of legality but also from a medical standpoint.

With hearing loss and tinnitus being all too common amongst hunters and recreational shooters, he was able to present his case and show just how effective the use of a suppressor can be in terms of protecting against such ailments.

“…the bill provides a path to secure a declaratory judgment on the constitutionality of this law before someone manufactures ‘Made in Texas’ suppressors.

That last part is really important. Before you run out and make yourself a can out of an oil filter and then post it on Instabook for all the world to see, STOP. If signed into law, this is still going to have to go through the federal courts.”

Dan Zimmerman, The Truth About Guns

You can read more about Texas silencers online at The Texan News, at InternationalSportsman.com, or via Texas Score Cart. The American Suppressor Association (ASA) always has updates about pending (silencer-related) NFA legislation as well.

If you’re looking to purchase a suppressor, consult the American Suppressor Association (or for that matter Texas-based Silencer Shop).

There are a number of silencer manufacturers located in the State of Texas. Some of those include:

A daughter of the PNW and engineering administration maven, Samantha Fischer is an often-underestimated pro-Second Amendment rabble-rouser – who, despite her proficiency with assorted modern long guns, actually prefers a Henry Color Case Hardened Lever Action Side Gate in .45-70 to an AR15…though she is quite attached to her AI L96A1 as well. Sam reports on an eclectic (occasionally esoteric) range of topics, here on The Mag Life and other places. 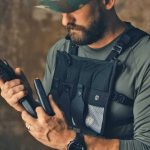 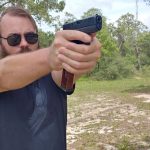